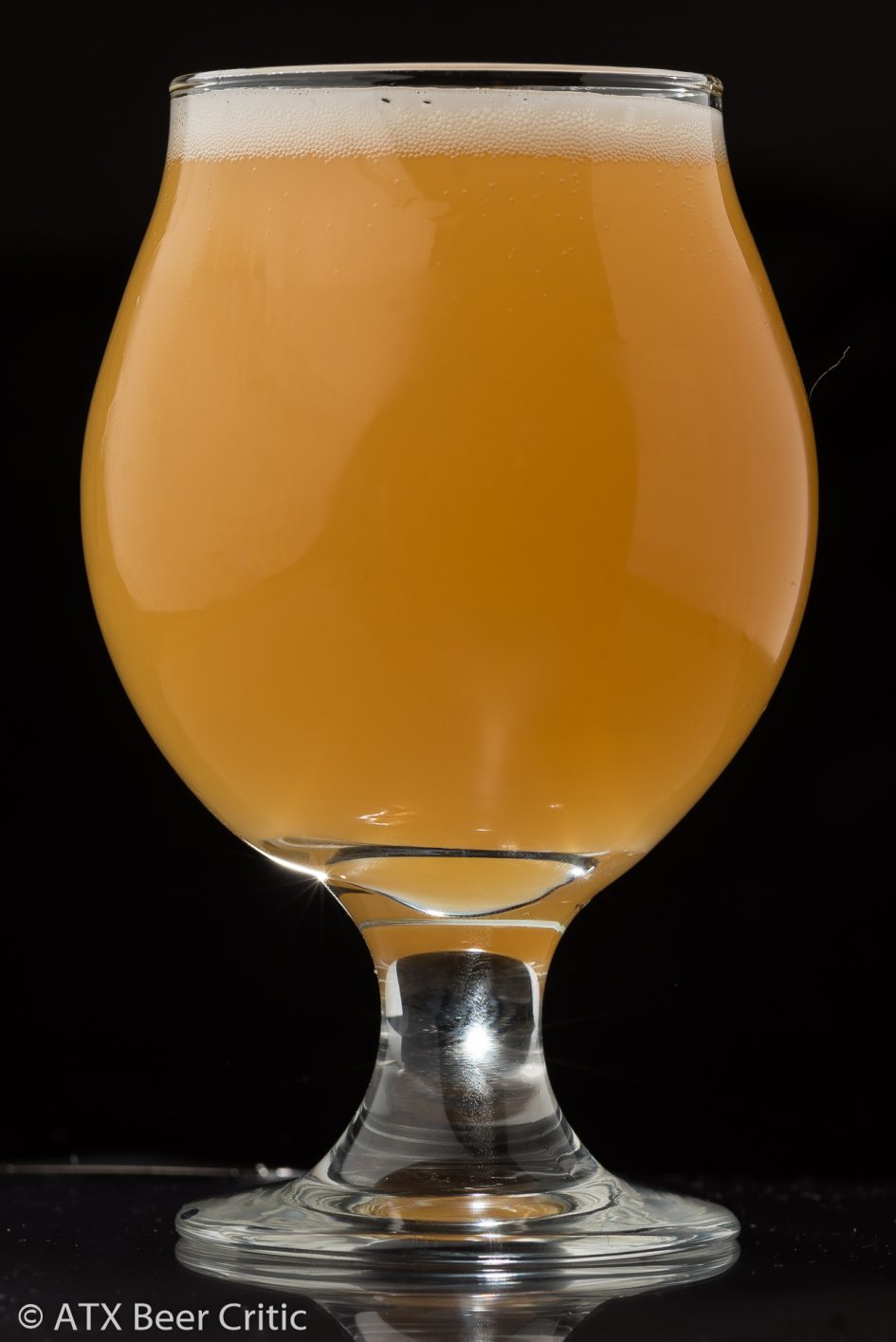 ABV: 7.6%
IPA coming in at 7.6% ! This IPA is Triple Dry Hopped with an arrestable amount of Idaho 7, El Dorado, and Citra hops. Grab your closest friend and lead a slow-speed chase over to the taproom to get yours today!

A huge punch of citrus, mostly orange and grapefruit hits the nose first. There’s a lower level of some tropical fruit, maybe guava coming out as well. Hints of dank and pine notes. There’s a light bread dough malt character. As it warms, there a touch of fresh floral aroma.

Pours a light straw color with no opacity. The haze isn’t too thick, lending to a bright appearance. Finely packed bubbles make up a dense head that lasts with great retention. Good lacing as well.

Citrus dominates the start of the taste. It’s quickly filled in with some tropical fruit funk. Medium notes of papaya and guava. A moderate bitterness appears in the midtaste. A low-moderate malt sweetness, with a grainy, white bread character. The intense orange citrus fades a bit as the finish nears, but lingers after. The finish is surprisingly quick, making you want another sip.

Medium carbonation hits the roof of the mouth. Starts off with a medium-high body, and thins out to a thinner finish. Not astringent, but the finish cleans the mouth out quickly. There’s a nice softness on the end, but not at the chewy level of a traditional NEIPA.

A fantastic IPA. It plays up the citrus-forward hops well. While it finishes a bit thinner than I would like, it leads to it being a lot more drinkable than if it was overly thick or extremely bitter. There is room for more complexity to the hop notes, but I think they were going for a citrus bomb here.

Another IPA that blurs the NEIPA and West Coast styles, but in a good way. Southern Heights has been killing the IPA game since they popped up in Austin. They’re one of the few breweries for which I can say that I’ve never had an off-flavor in one of their beers.