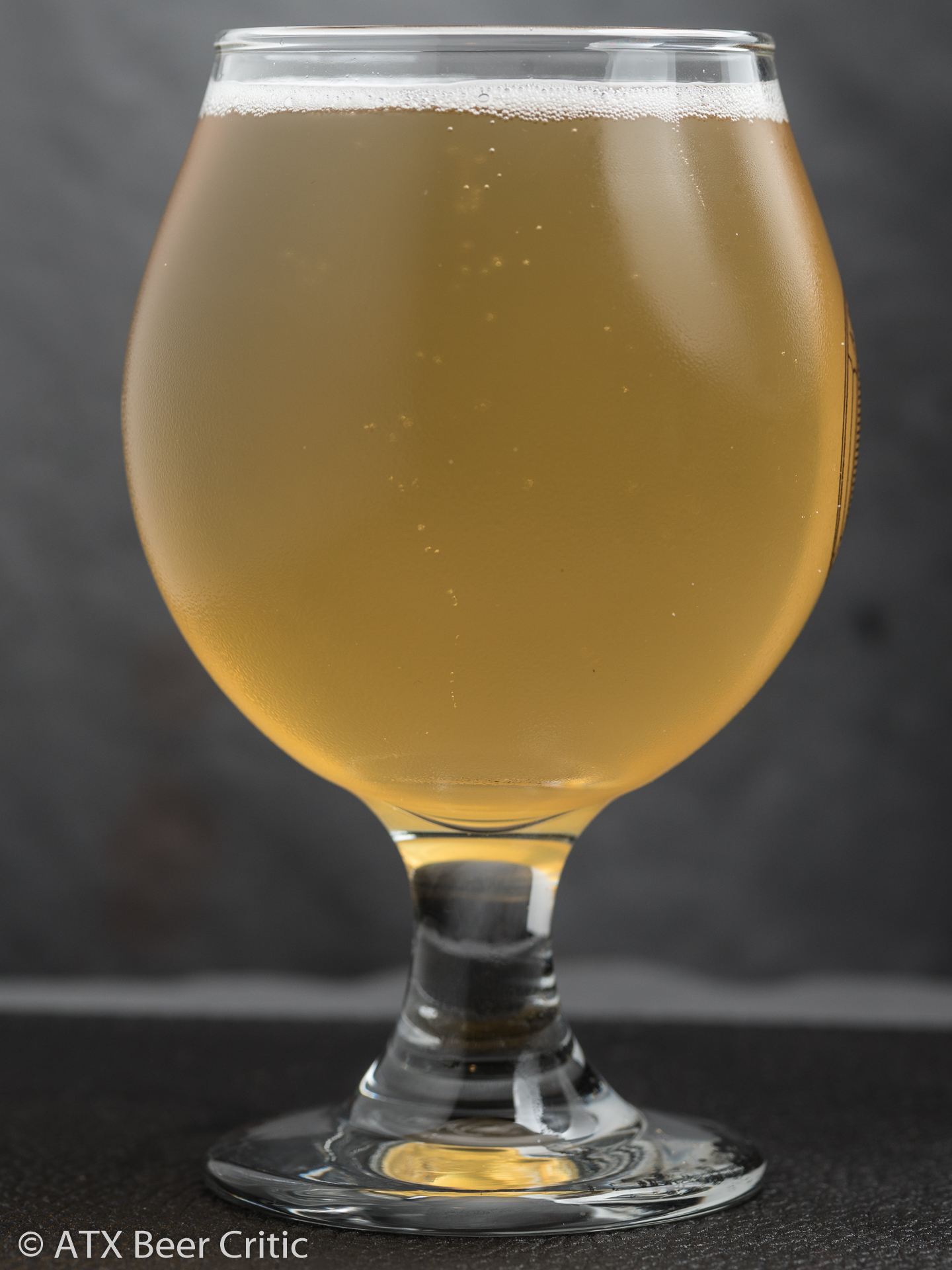 Settling once and for all which is more refreshing, water or beer? (hint: it’s beer), Cucumber Redbud douses your thirst like water coolers douse football coaches. The recipe is simple: brew our tart and lemony Redbud, add fresh distilled cucumber, and let the cooling magic begin. The result is a GABF award-winning, michelada enhancing, destroyer of all that is unquenched.

A lemony, citrusy acidity hits the nose first.  This is joined by a similar moderate level dill note.  There is a slight doughy wheat character present.  As it warms, you can pick out a touch of crackery pilsner malt in the background.

An intense acidity is the first thing to hit the palate.  This is mostly a moderate, citrusy, lactic acid, but is also joined by a low acetic acid sharpness.  Dill spices at a medium intensity follows the acid.  Vegetal cucumber notes  join in at a similar level.  A low-medium bitterness is present in the midtaste, with some grassiness, and faint tropical fruit notes.  The acidity carries the cucumber flavors to the finish.  The finish is sharp, leaving a slight citrusy acidity in the mouth, with cucumber as well.  There’s a slight salinity left behind too.

Low to medium bodied throughout the taste.  There’s a decent softness to the beer as you would expect from wheat.  A medium high carbonation prickles the middle of the tongue.    No alcohol warmth, but some lingering burn from the acidity.

The cucumber character of this beer is well presented, and comes across as fresh vegetable instead of artificial.  The slight liberties taken with the Berliner Weisse style,  provide a bigger beer to balance any thinness brought on by the cucumbers.  The vegetable character is a bit strong and does cover many of the base beer attributes though.  The acidity is bordering on too much as well.  Attempting to dial back the sharp acid bite, and mellow the cucumber a bit would balance this beer out.

I can’t say I’ve had a cucumber beer as intense as this one before.  As it warms up and the carbonation falls off, I like how it drinks better.  There’s less sharpness there, and the cucumber seems more true, and less of a dill character.  I’m not sure if there was dill actually used in this, but I stand by perceiving some in the flavor.  To me, this beer is bordering on imitating a pickle instead of cucumber, which isn’t a bad thing.  I can see why they offer a blending recipe, as this would make an excellent michelada.