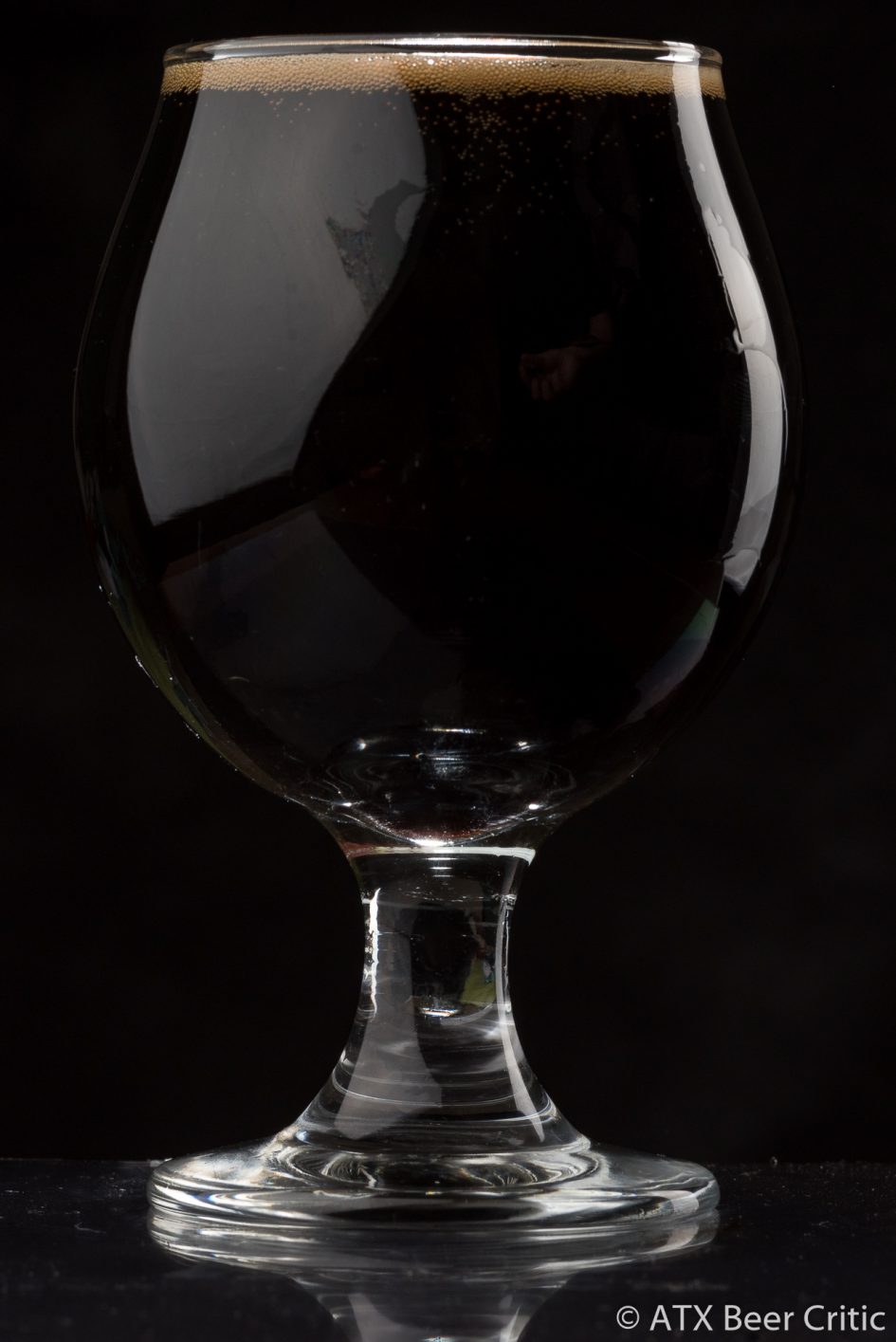 Cocoa and coffee jump out on the nose first, at a medium-high intensity.  A dark chocolate smell also comes out along with a nice biscuit character and caramel.  Lower ash notes come out, but also bring some fruitiness.  Strawberry, plum, and some pear.  There a noticeable alcoholic sharpness as well.

Pours a deep inky black.  When held against the light, there’s a bit of murky haze, likely from the coffee addition.  Small and medium  bubbles make up a large head that fades relatively quickly, but does linger.

A medium-high coffee note hits first.  Initially, it’s like an espresso roast, but opens up quickly to baker’s chocolate, toasted bread crust and caramel.  There’s a moderate sweetness present at the start, which fades slowly, revealing a low-medium bitterness.  I get some earth hop flavor as well.  Towards the end of the taste, all I can think of is coffee flavored brownie.  The finish is pretty quick, with a fruity coffee flavor lingering

Full bodied, but not overly thick.  There’s a nice creaminess here, with some chewy quality as well.  You can feel the weight of it while you move the liquid around your mouth.   Medium carbonation.  The finish is slow, and leaves a slight oiliness behind.

An excellent coffee beer.  The coffee character is not vegetal or one dimensional. The subtler fruit and berry notes from it are still noticeable over the base beer, yet integrate well with the malts.  I almost wish this was not as big, so I could drink more.  Decreasing the coffee to beer  balance a bit would improve the beer, but age is going to do that anyway – Allowing the malt complexity to come through more.

I don’t think this is just Coffee Black Metal.  It has more of a body and sweetness to it, with less bitterness.  Sometimes adding coffee to a beer  thins it out and obscures the base, that’s not the case here.  I’ve never drank Dark Matter’s coffee before, but from the flavors coming out of this, it’s quality.  Honestly, this is one of the better coffee beers I’ve had in the last few years.  The ABGB also has a stout on now made with their coffee.  I’ll be picking some up soon!