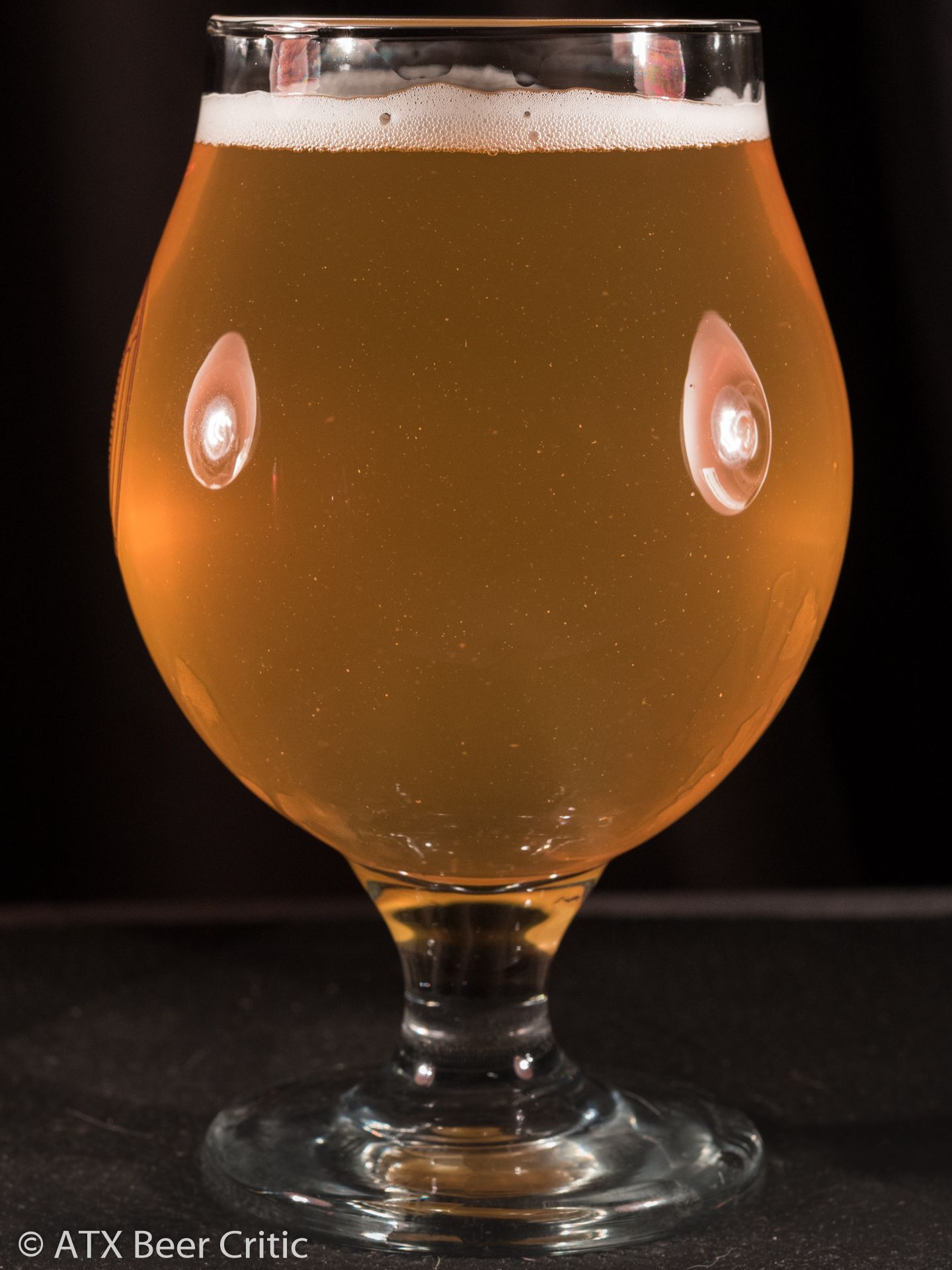 Named as a tribute to our good friends (and bad ass bike makers) at Firemans Texas Cruzer and because it was the fourth year-round beer we created, Firemans #4 is our most popular and best-selling beer to date. With an ever-drinkable balance of smooth malt and zesty hops, this refreshing blonde is perfect on a hot day or paired with spicy food. It’s no wonder why so many Texans love it.

Pours a deep straw, almost light gold liquid. White medium sized bubbles form a 1cm head, which lasts with average retention. Clarity is good, but noticeable dregs are roused with the pour and create floaters in the beer.

A medium light crackery and grainy malt flavor hits first. This is joined by a floral hop note, that drifts into grapefruit. A low-moderate bitterness comes out in the midtaste as the other flavors start to fade. Not much is left on the finish, but a lingering bitterness and a touch of grassy hops. Slight minerality on the finish.

A good representation of the blonde ale style.  No glaring faults are present.  I enjoyed the touch of what seemed like pilsner malt, but felt that it died too quickly in the flavor.  There doesn’t seem to be much interesting going on with the hops either.  While more traditional, some of the better blondes I’ve tried recently incorporate a portion of newer varieties.

The nose on this was similar to some of the lagers I’ve reviewed this year, which was interesting.  I haven’t had this beer at home in quite a while.  Usually, I’ll grab it at a concert venue or occasionally at a non-beer oriented restaurant.  It does pair really well with a lot of foods, and is an easy beer you don’t have to “think” about.  That said, I feel like it’s starting to get left behind as styles are changing.