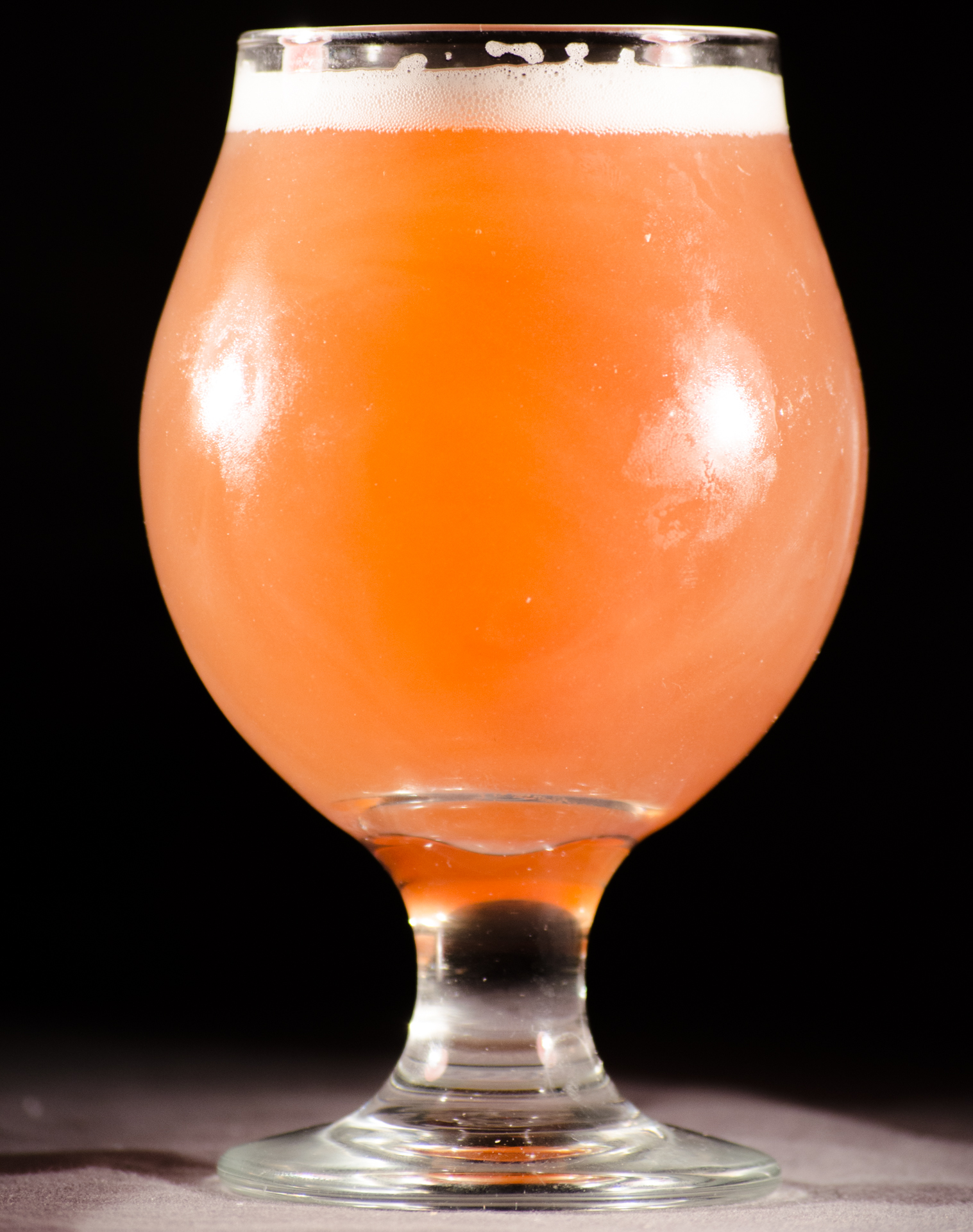 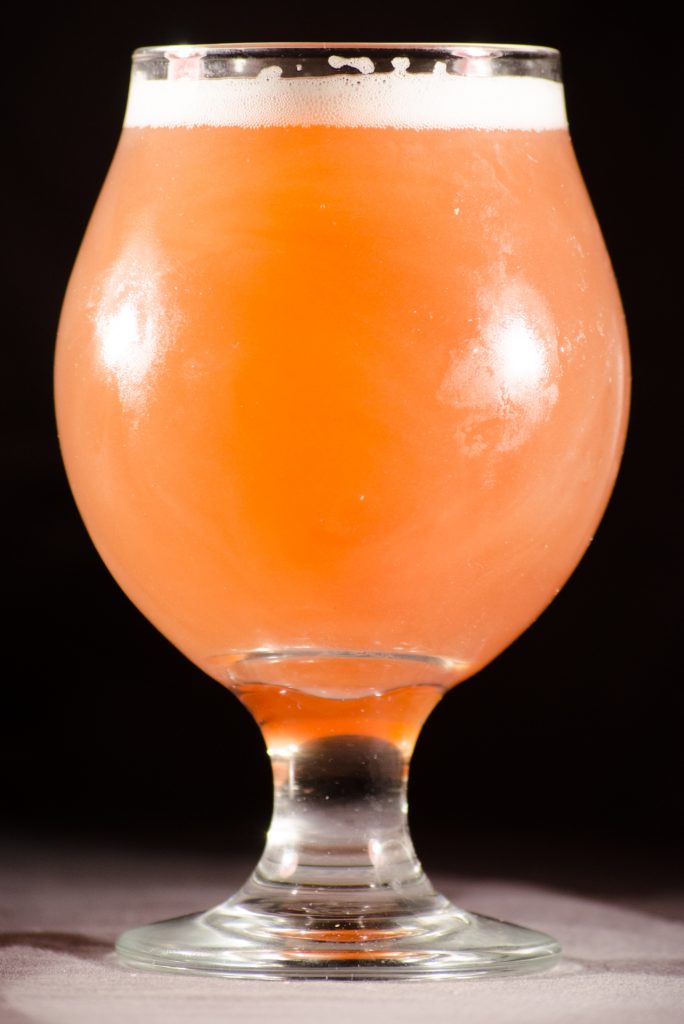 ABV 8.2%
IBU 65
SRM 7
Haze County is our first year round double IPA! There are many different ways to approach a double IPA, but we chose to take the simple route: lots of hops. A mix of multiple Yakima Valley hops delivers a complex blend of tropical fruit, stone fruit and just a hint of earthy dankness. This delivers an experience that can only be found in the deliberate and expressive usage of hops.

Moderate Pineapple followed by a high citrus note. Peaches and apricots come out as it warms. There is some sweetness playing in as well. A very low toast-grainy smell. No noticeable yeast esters (may be blended with hop aroma). Hints at a moderate alcohol note that blends into the hop bite. Balance is heavily towards the hops.

Pours with a moderate layer of small compact bubbles. The head is ivory and lingers with medium retention. A thin layer persists across the beers surface after some time, but doesn’t disappear. An excellent lacing clings to the side of the glass as its drank. The liquid is almost a peachy light orange. There is a strong haze to this. While not completely opaque, it limits light transmission while still allowing visibility of sediment and bubbles through it.  This is pushing the boundary of murky which leads one to think oxidation.

There isn’t much of a disconnect between the aroma. The flavor forefront is a barrage of tropical fruit and pineapple, with the stone fruit following on the mid palate. The hop flavors persist through the end of the taste, leaving quickly with the finish. There is a bit of doughy malt character and sweetness up front, which finishes nice and dry. A moderate bitterness comes through on the end which doesn’t linger and seems to only punctuate the flavor. Balance is far weighted towards hops with no perceivable off flavors or yeast character.

A medium-high body which can be almost pillowy at times. Moderate carbonation which seam appropriate for the bod and flavors. Medium low level or creaminess. There is a small alcohol bite on the tongue, but it doesn’t linger. Warms the throat moderately, but not as much as the ABV would dictate.

This is an excellent double IPA. The hop character is on point. It follows the new trend of lowered bitterness and almost no malt flavor/aroma. I would like to see the flavor persist better after the finish. I’d almost want a touch more aggressiveness in the hop profile to really cement this in double IPA territory. These are just nitpicks and minor adjustments that would push this to world class.  One of the more easy drinking DIPA I’ve had.

Hops and Grain is finally taking the step to start packaging their hazy IPA offerings. I’ve tried a few in their taproom, and will say that these live up to the same level of deliciousness. Let this one warm up a bit before drinking. As the carbonation fades, it really hits it’s stride.

One thing to note is the first can of this I opened, I jostled around a lot. Warmed it up, looked at the date on the bottom, etc. When I poured the can, it was a murky light brown color. I had to crack open another (undisturbed) can to get the cover shot. I’m guessing this might be due to some of the point their owner Josh brings up in the following blog article 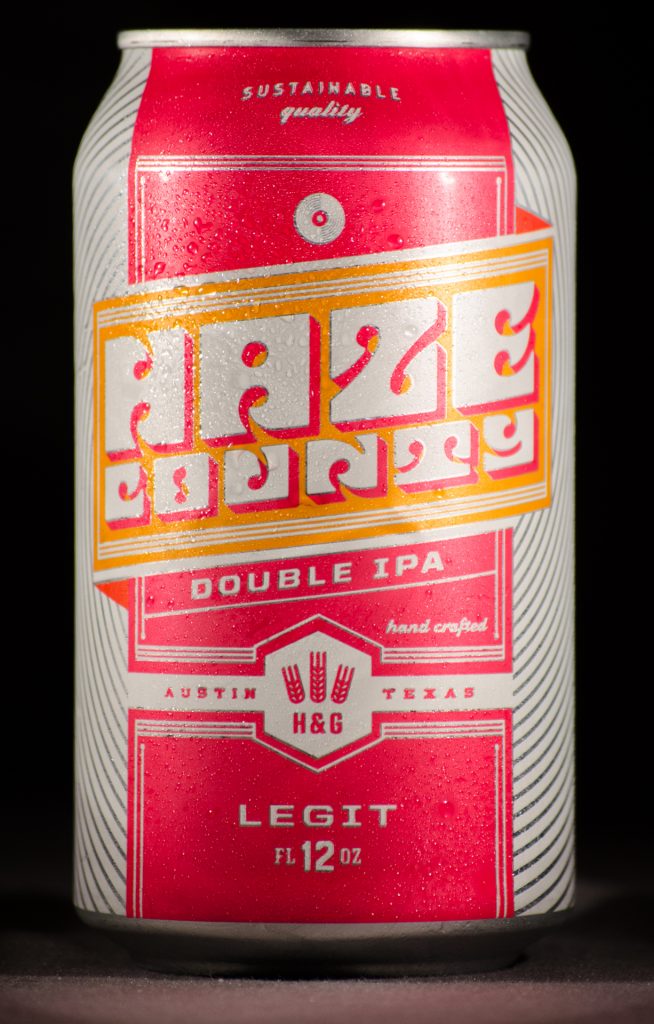 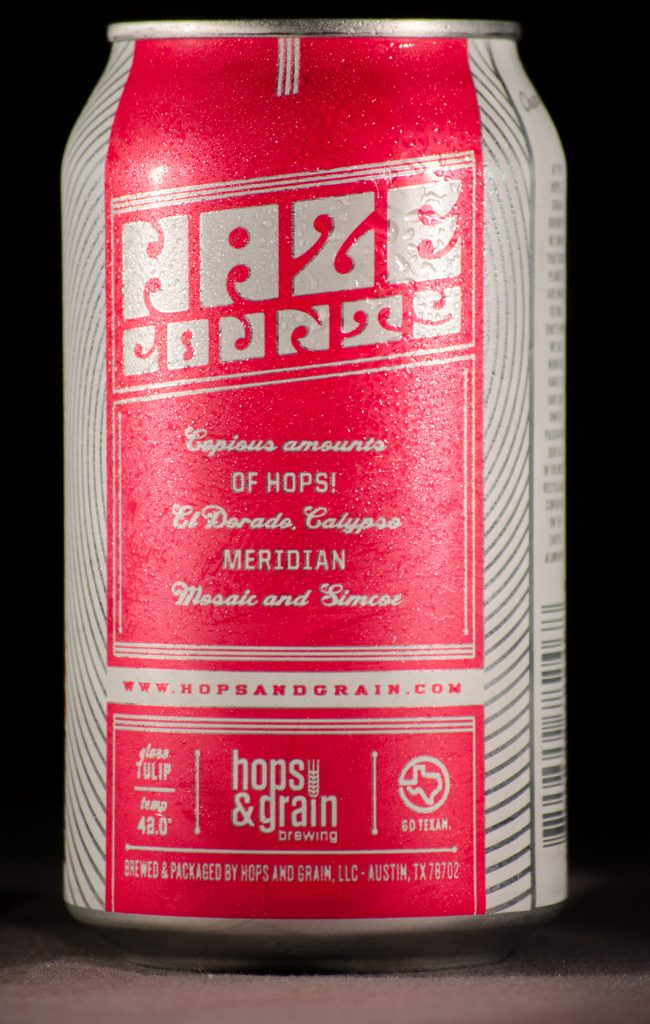