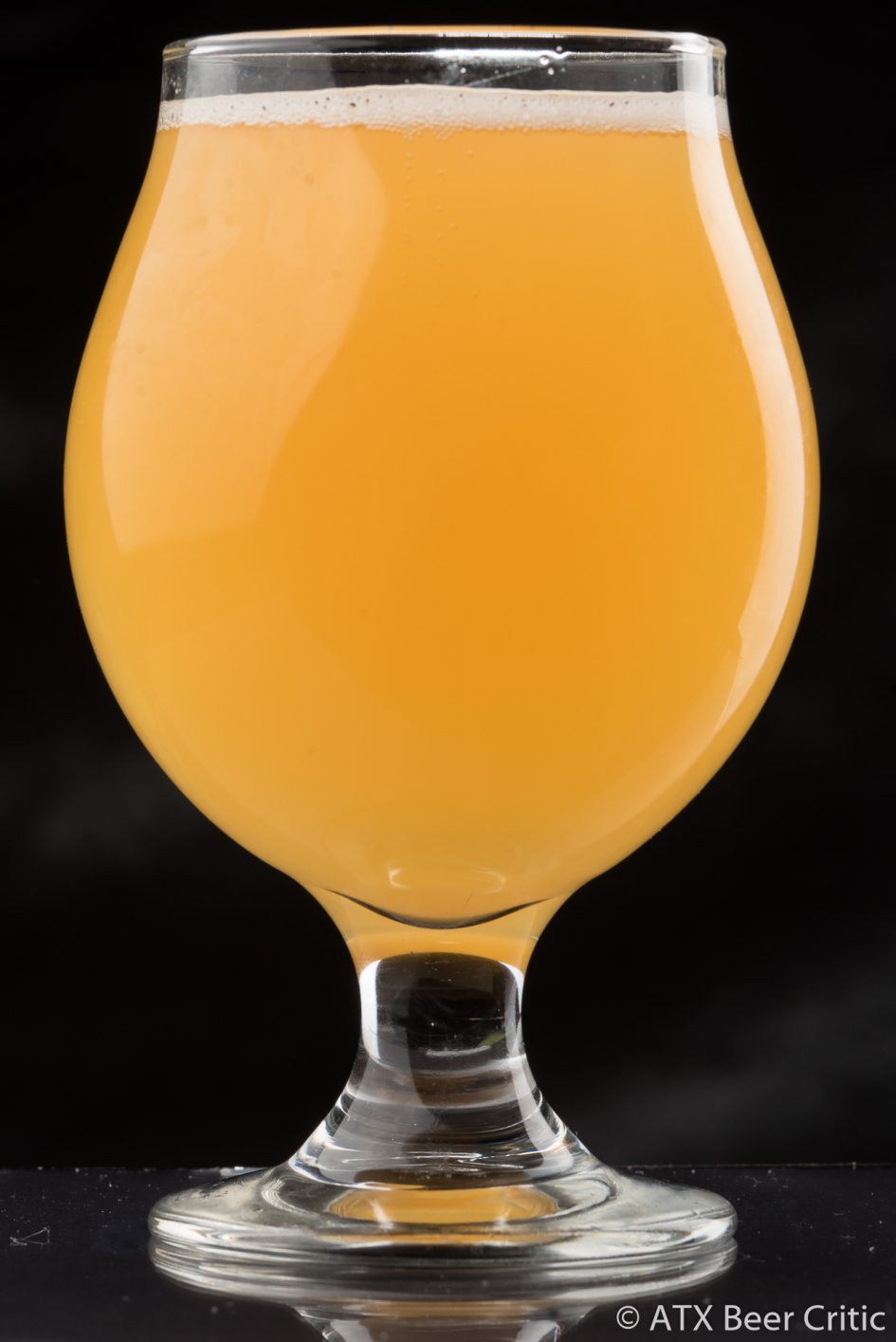 Heavy tangerine strikes the nose.  There’s an almost equal intensity grapefruit citrus with lesser notes of mango, pineapple and blueberry.  A light bread dough and white bread malt aroma appears.  A bit of resin comes out as it warms.

Pours a neon yellow liquid with a heavy haze.  It’s not too thick as you can see about 1cm through it.  Small white bubbles make up a fingers worth of head.  It sticks around with average retention, eventually fading to a ring.

Citrus flavors envelope the tongue.  Orange and grapefruit at a medium-high intensity.  A doughy, grainy malt character peaks out in the middle with a medium bitterness.  Low sweetness.  Light notes of pineapple cantaloupe and blueberry come out towards the end of the taste.  The finish is quick, leaving behind citrus flavors. A bit of dank and diesel come out as it warms.

Moderate carbonation prickles the front of the mouth.  Medium bodied that thins out towards the taste’s end.  A soft mouthfeel overall, with a bit of zippy sharpness on the finish from hop burn.  Slight alcohol warmth on the throat.

This is a good IPA.  It’s more in the realm of a hazy IPA due to it’s lower mouthfeel compared to a NEIPA.  It doesn’t have the bitterness of a traditional style either.  This leads to a very easy drinking IPA, yet  dabbles in the pale ale range.  While the slight hop burn wasn’t intense it was a bit distracting.  While popular, I like the hop combination here a lot.

Zilker has really been kicking out a lot of new beers lately with their recently installed canning line.  Heavenly Daze has been one of their recent taproom mainstays, so it’s great to see it available in 12oz cans now as well.    Their beers really have been trending upwards the past few years.