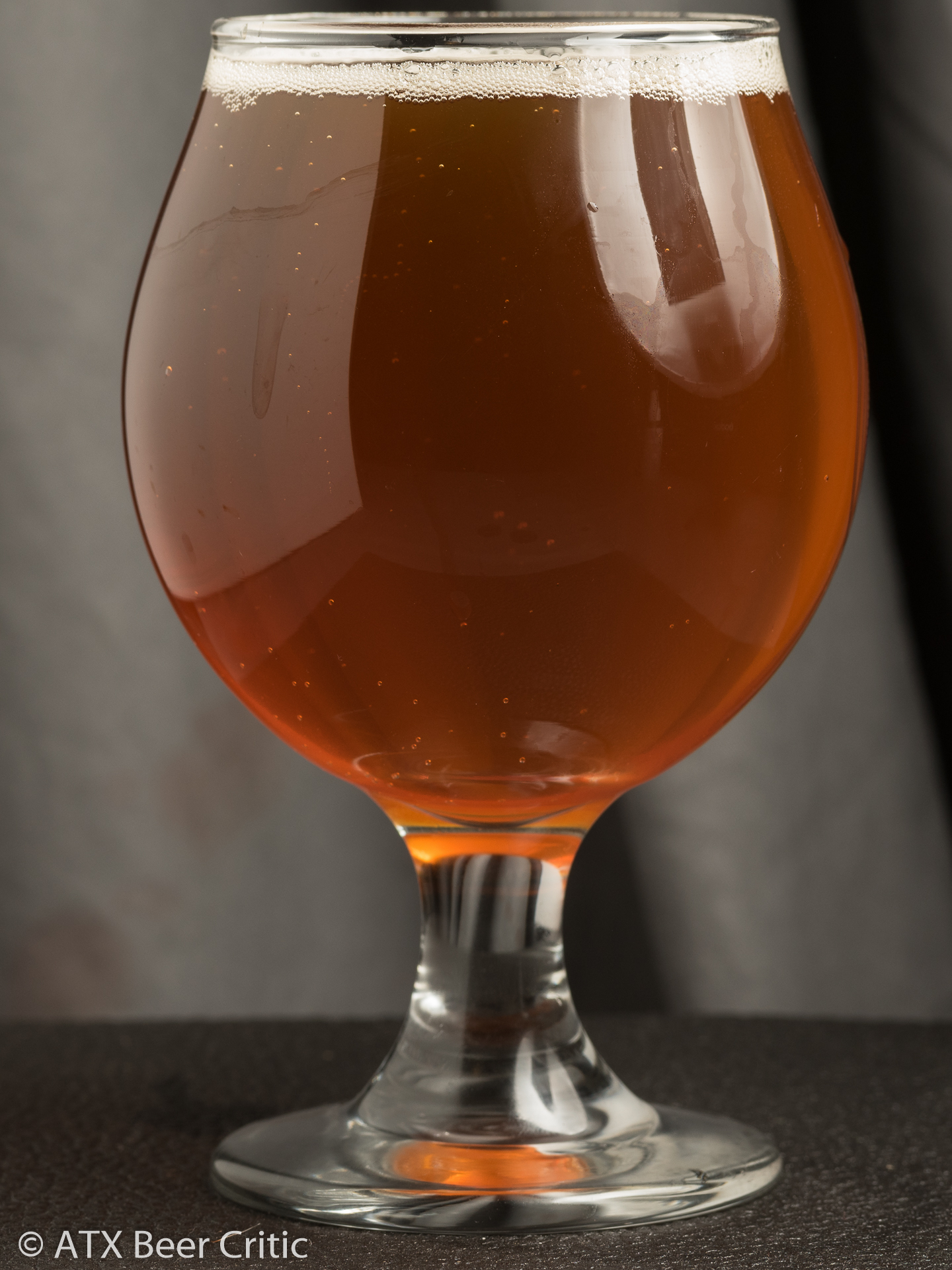 Grainy English base malts are the prime aroma.  They fill in at a medium intensity, bringing a slight bread crust character, cereal quality, and mild toast.  This is joined by a low-medium sweetness, and marmalade character.  There is a touch of citric fruitiness, and maybe a bit of apple ester.  Low earthiness and slight paper notes as it warms.

Grainy bread hits the tongue first, followed by a bit of crust, and a nuttiness.  A moderate sweetness brings out light caramel tones, and a touch of syrupy sweetness.  Lower notes of apple esters join in with a slight stone fruit character.  Towards the finish, a low-moderate bitterness comes out, bringing with it an earthy hop character.  The finish leaves a slight fruity character, with a touch of bread crust.

This is a decent attempt at a bitter.  Familiar English malt, yeast and hop character is present.  No major off-flavors distract from a clean beer.  The recipe needs some tweaking to live up to true British strong bitters (Fuller’s ESB).  I’d expect the base malt and crystal malt intensity to be a bit higher.  The finish’s bitterness is a bit too intense.  There also should be a bit more yeast character present.  The touch of oxidation could also be cleaned up.

It’s always cool to see breweries putting out British styles.  We’ve had a few bitters canned in Austin recently, and this is the first I’ve seen come from Houston.  If only someone would try a mild now!  I’m unclear if this beer actually used honey in it.  If so, it could explain some of the deviation from the style.  Overall, this beer did provide a nice sampling of British beer character, it was a just a bit out of whack balance-wise for the style.