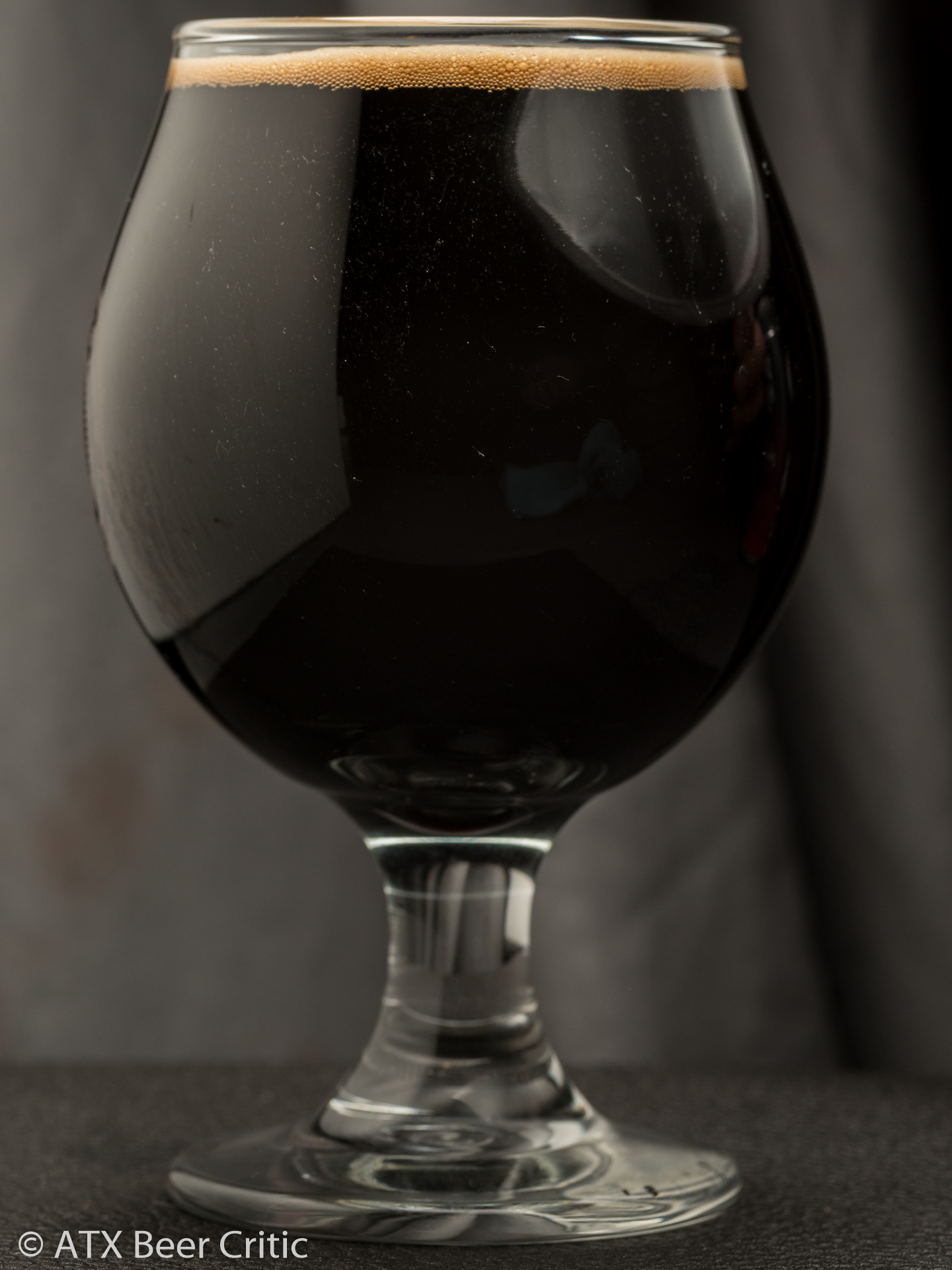 ABV:10%
We are rolling into winter with a brand new Russian Imperial Stout! Introducing Hoodie Weather, a big ole stout brewed with cocoa nibs and vanilla beans from our friends over @revolutionspirits, dark chocolate from @tchochocolate, and topping it off with coffee from the rad folks over at @redhornbrew.

Roasted malt character hits the nose first.  At a medium-high intensity, it’s quickly joined by a moderate vanilla note.  The roast character becomes more coffee like and not ashy as it warms.  Some almond, nutty notes also appear with a dry grainy malt profile.  A slight boozy note is noticeable, but not hot.

Pours an opaque, inky black liquid.  A khaki brown head made of small and fine bubbles presents at a 2cm level.  It stick around with good retention, eventually becoming a thin ring.

Much like the aroma, a roasty malt character hits the tongue first at a high intensity.  This coupled to an almost fruity, roasted coffee flavor.  A moderate high bitterness accompanies these flavors, and brings with it a deep baker’s chocolate, cocoa note.  There’s a low sweetness to the beer which blends with the vanilla character, and is definitely balanced towards the bitterness.  As it warms, a few more auxiliary flavors come out at low intensity: tobacco, plum, earthiness and a generic nuttiness.

Medium, but not quite medium -full bodied, and fades quickly towards the finish.  There’s a moderate carbonation, that hits the rear of the mouth.  Slight alcohol warming in the back of the mouth.  No astringency or lingering chalkiness.

This is a great adjunct stout.  It takes a more traditional, bitter American Imperial stout, and seamlessly lays on three adjuncts.  The bitterness works for me, but might be too high for some people with the vanilla’s sharpness.  I’d like to see the body carry through to the finish as well.  Adding a bit more malt complexity would push this to world-class.

I purposely waited to review this one.  When I had the beer fresh at the taproom, the vanilla was a bit too strong for me.  It came off as overly sharp.  Two months has done this beer well, and is drinking great.  While it might be a little thinner than it was at release, the components blend well together.  I’m a fan of this more bitter style of imperial stout.  I’ve never been a big fan of milk stouts, and the pastry stout crazy hasn’t impressed me as much as others.  I’ll be looking forward to future stout releases from Southern Heights!