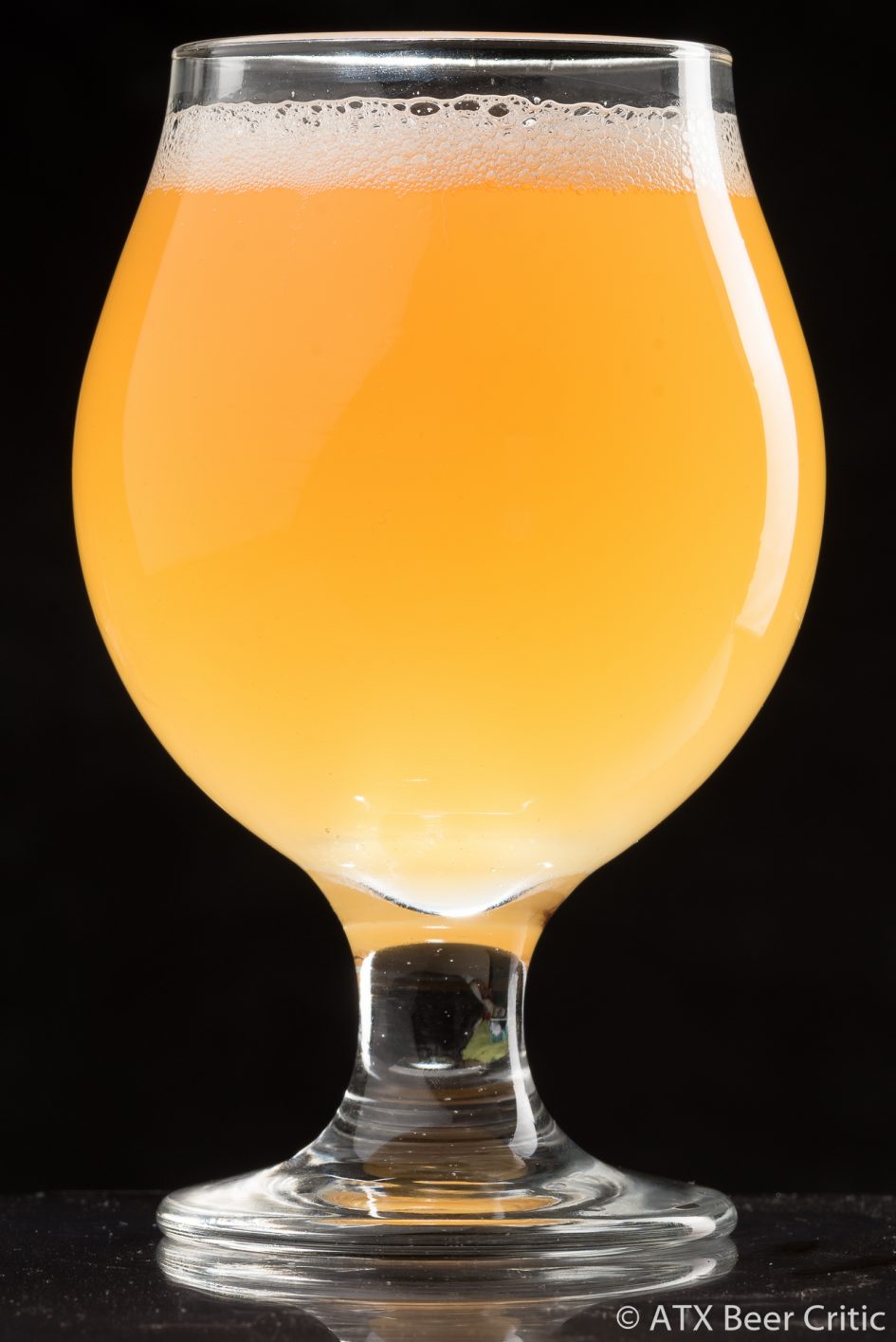 Motionless Drift highlights some of our favorite new hops varieties and brewing techniques. Designed to push our fruit-forward flavor profile even further with a combination of wheat, caramel malts, and our super secret New England Yeast Strain. We loaded this brew with Mosaic Powder, Cashmere, Loral, loads of Strata hops yielding massive notes of Guava, Leechi, and Ruby Red Grapefruit accompanied by a Silky Mouthfeel.

Waves of pineapple and guava flood the nose initially.  A medium high grapefruit/orange zest comes in next.   Lower notes of cantaloupe and peach also join in.  There’s a touch of honey and a low perceivable sweetness.  A freshly kneaded dough character as well.  It’s rounded it out with a low floral note and dankness as it warms.

Pours a bright, vibrant yellow liquid.  Clarity is nonexistant with a bit of murkiness.  A good carbonation carries a thick layer of small white bubbles to the top.  These maintain with great retention

Melon and pineapple are the strongest flavors. These are joined by medium orange citrus, guava and apricot notes.  Lower notes of cracker, dough, and honey make up the subtle malt character.  Towards the end of the taste floral and dank flavors emerge.  The finish is slow, with the hop flavors lingering in the mouth afterwards.  Balance is greatly in favor of the hop character.  Coming back to it after it’s warmed, I get a huge punch of lychee (as they mentioned)

Medium bodied, with a decent creaminess.  A bit over medium carbonation, but works well with the dryness.  The finish is very soft and leaves no astringency or hop burn!  A bit of alcoholic warmth remains in throat.  There’s a lingering mouthwatering effect as well.

A fantastic IPA.  The hop character is bright and fresh.  The complexity of the hop profile seems understated at first, but really opens up beautifully.  Everything here is just really well balanced, and is integrated extremely well.  I don’t often say it, but I think increasing the malt bill a bit (maybe 2P) would play a little better with the hop character.  That would diminish the extreme drinkability this IPA has however.

Another banger from Pinthouse.  This IPA is definitely in my top 5 of theirs.  I’m glad I was able to snag a couple cans, since these released barely last a day before being sold out.  I’ve seen the term Austin-style IPA pop up nationally a few times.  Similar to Electric Jellyfish, this beer exemplifies it:  Hazy, with that late-addition juicy-fruity hop character, a moderate bitterness, and a body that’s not like chewing on oatmeal.  Hopefully they’ll brew this one again soon.