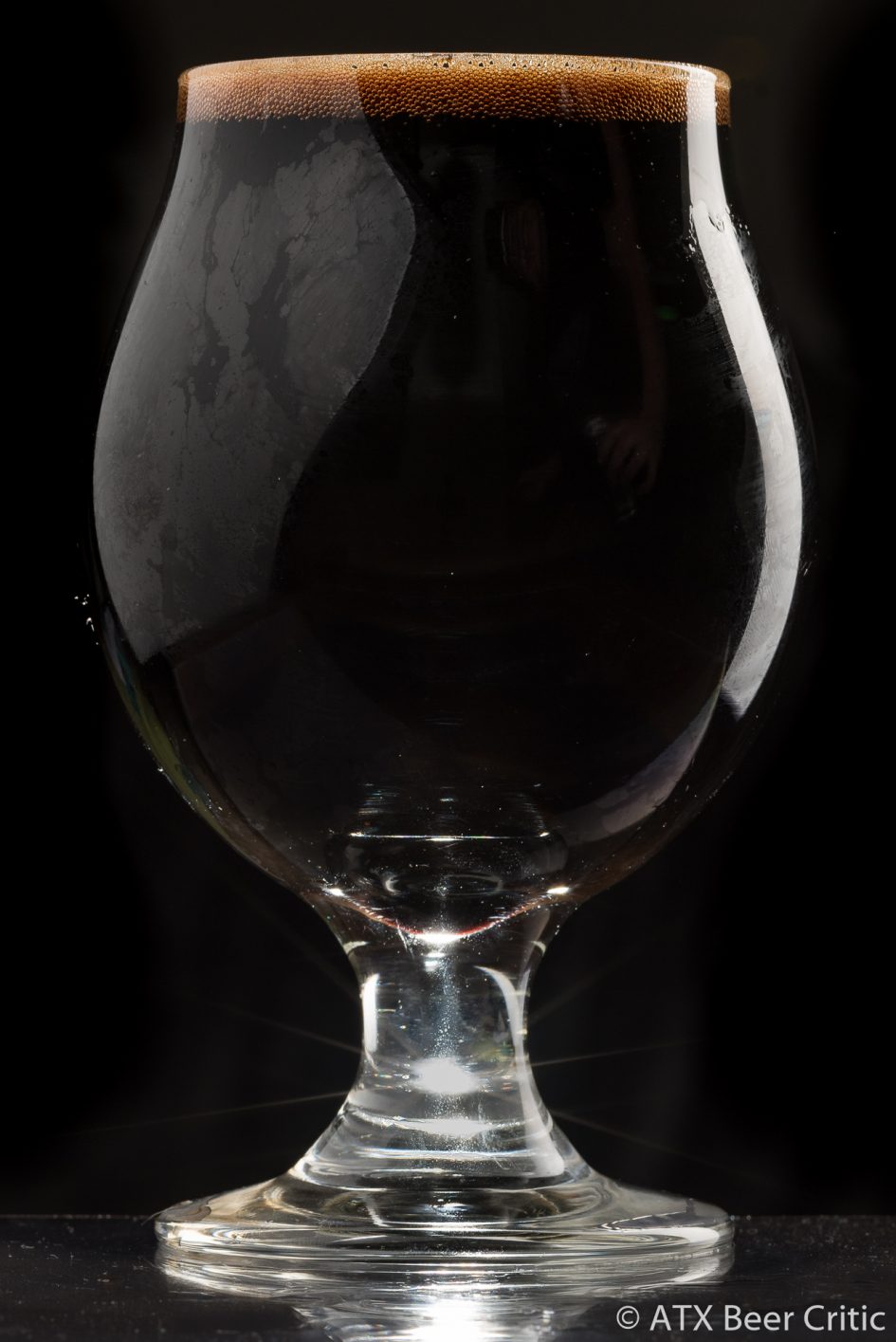 Black Metal, a.k.a. Iron Sword, a.k.a. Blackened Death, a.k.a. El Martillo del Muerte, is a cruel and punishing beer fermented by the sheer force of its awesome will. Best enjoyed while pumping out blast beats, summoning trolls, or enjoying a nice, leisurely reading of the Necronomicon.

A punch of dark cocoa is noticeable first.  A moderate sweetness is present with a bit of toffee.  The malt character increases its complexity with a medium level of roast and a biscotti note.  There’s an espresso like coffee character as well.  Clean fermentation with a touch of alcohol noticeable.  Some red apple and plum esters are present as it warms.

Pours a dark black with brown tint liquid.  A dark tan head is made up of small bubbles.  The head lasts with good retention.

A medium high roasted washes over the tongue.  It isn’t ashy or acrid.  This is followed by a medium high bitterness, that brings a coffee character with it.  There’s a deep bread crust note with a medium sweetness.  Burnt edges of the coffee character carry a fig and raisin flavor with it.   An earthy and black tea hop character appears at the end of the taste.  The finish is quick, leaving behind a slight sweetness, and a lingering espresso flavor.

Medium carbonation hits the cheeks.  Full bodied.  No astringency, but a bit of creaminess.  Some alcohol warming in the throat, but very well hidden.

A great imperial stout.  The bitterness and roasted malt character doesn’t become overpowering and is well balanced with the crystal malt used.  The malt complexity  is expansive, and opens up more as it warms.  The only thing I can think of to improve this beer is to tone down the hop bitterness a touch, but that’ll take care of itself with a bit of aging.

In an age where stouts are usually pumped full of adjuncts or given long barrel treatments, it’s great to see a traditional imperial stout.  It really showcases how a complex malt bill with a healthy does of hops can solely make an excellent stout.  The chewy body of a lot of new aged stouts It’s probably a bit hipster to say but, I definitely prefer this “OG” version of Black Metal (using an English yeast strain) to the farmhouse version.  I’m don’t enjoy the how the acidity plays with the dark malts.  The thinner mouthfeel and extra dryness leads to it being less balanced than this version.