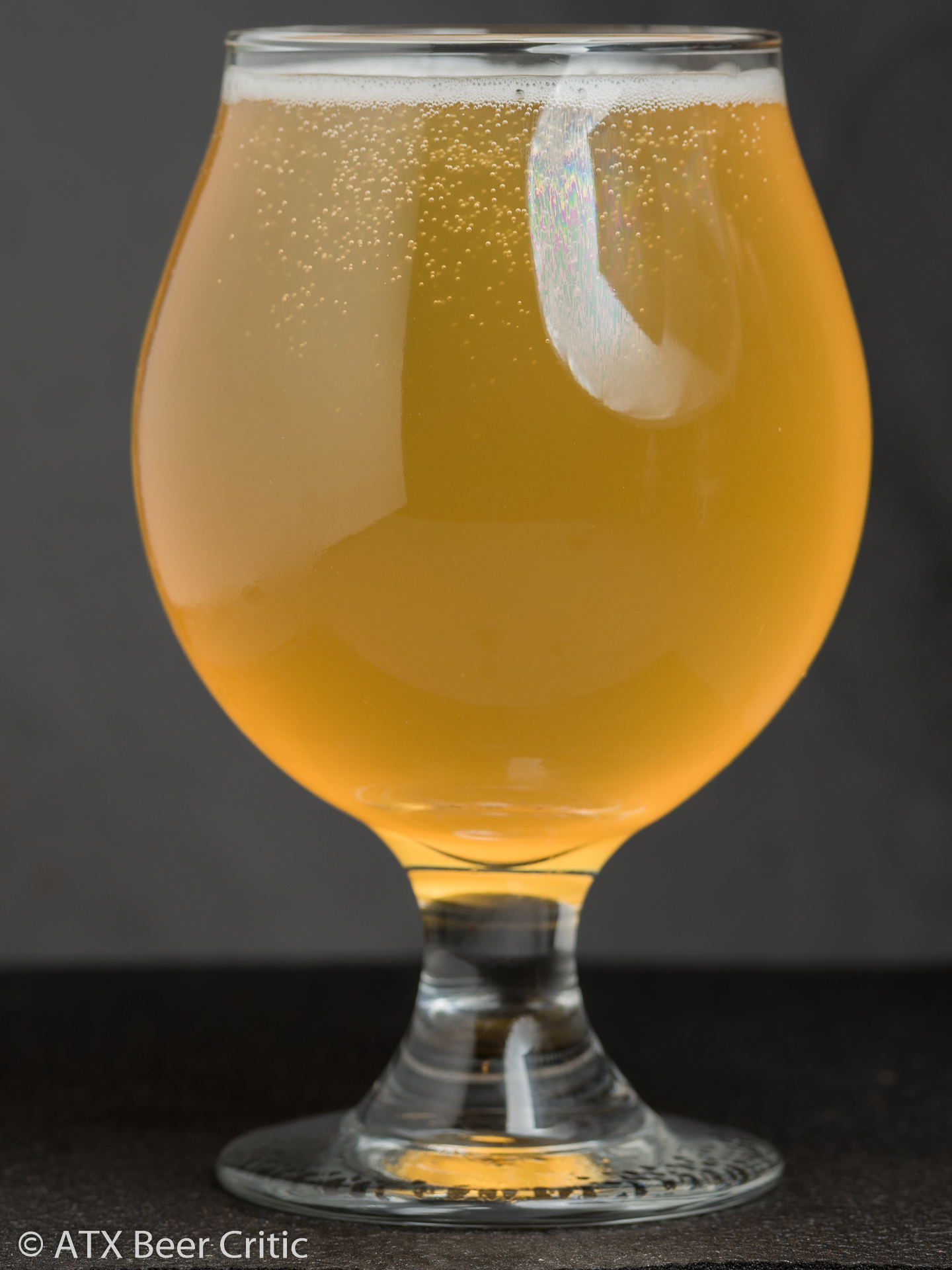 After our friends at Noble Ale Works grabbed gold last year at both World Beer Cup and the Great American Beer Festival for American Double IPA, and we the same for American Strong Pale Ale, we figured we’d add the two together and brew up a dreamy, dry, yet ripe cantaloupe, citrus zest, berry-filled juicy and absolutely dank Triple IPA. Rattlesnake Arms features a 3X king-sized dry-hop additions of Cashmere, Galaxy, Roy Farms Chinook, Azacca and Mosaic powder and pellet. Prepare for an unrivaled suplex to your taste buds.

A strong punch of hops hits the nose first.  Higher notes of pine, lemon, and resin are at the front.  This is quickly joined by a more mango, dank and pineapple character.  There’s a slight sweetness to the beer with a low bready matiness in the background.  A moderate ethanol aroma is present as it warms.

Pours a very dark straw liquid.  Fine white bubbles compose a compact head that slowly fades to a ring.  A little below average retention.   An intense haze obscures most of the clarity.

Medium-high notes of pine, citrus, melon, and resin all strike at the front of the taste.  This gives way to a danker, earthy, spicy, pineapple mix of hop notes at a medium level.  Bitterness is medium-high with a low sweetness.  Towards the finish, there’s a bit of white-bread malt character with some tropical fruit hop notes.  As it warms, the back end of the taste has a moderate boozy flavor.  The finish is surprisingly soft, with the hop character slowly fading as the liquid leaves the mouth.  Aftertaste is slightly chalky.

Medium high carbonation hitting the edges of the mouth.  Medium bodied with a low pillowy character. The finish leaves a strong alcohol warmth after clearing.  While not astringent, it seems to strip the cheeks of any liquid after the taste.

This is a respectable triple IPA  that actually has the ABV to back it up.  While high ABV, the malt and bitterness expression is restrained, allowing the hop flavor/aroma to shine through.    I was a huge fan of the soft finish on this, without being sweet or cloying.  While the hops were well balanced in the beer, they felt a bit muddled overall.  I feel like using a few less varieties would lend to a more interesting beer where the hop character is more distinguishable.  Still, the balance on this was well executed.

In recent years, I’ve shied away from a lot of > 10% IPAs. They just usually would kill your palate and mess you up quickly.  While this one still does the later, the restrained bitterness and somewhat mellow hop character isn’t a complete palate wrecker.  Wow.  Look how far the beer world has come!   While this isn’t a style I would go for everyday, all of the hopheads I’ve spoken with have loved it.