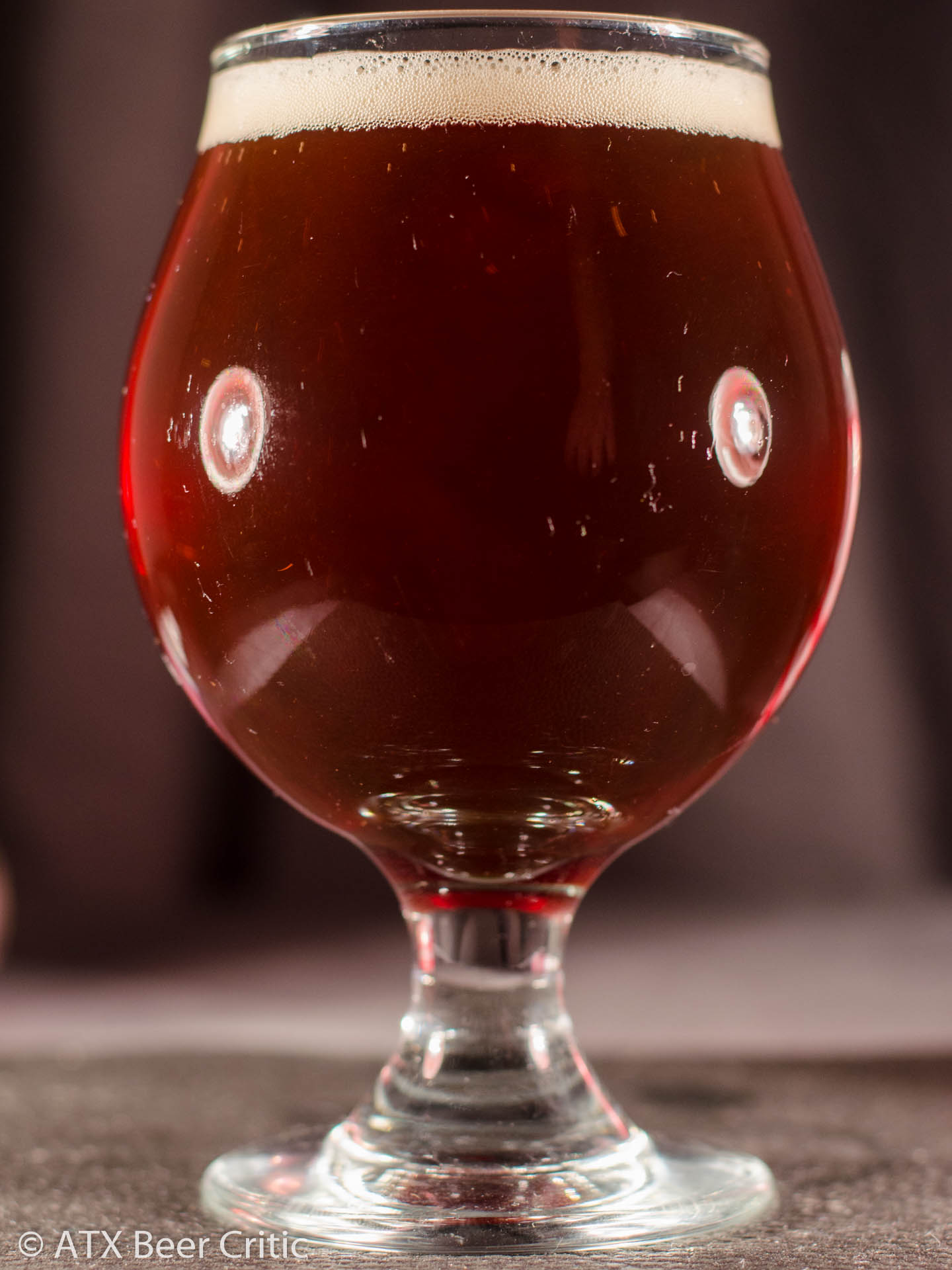 Bread crust and grainy malt character hit the nose at a medium level.  This is followed by a ligher caramel character.  A very slight earthy and floral hop note is present.  Nothing to note in fermentation or flaws.  As it warms a more biscuit note appears.

Pours with a dark amber, copper liquid. An off-white, beige head is composed of fine bubble and makes a moderate thickness. It stays with good retention. Clarity is great, with no haze.

A dark bread crust malt character hits the tongue first at a medium intensity. This blends with a slight toffee note, and a touch of chocolate. Slight sweetness. A low earthy hop note appears mid-taste. The finish invites a hint of toffee, but softly fades away against a low bitterness. There are not sharp edges to the flavor; components blend together but somewhat muddle. A touch of oxidation is present.

Moderate-high carbonation. Low-medium bodied, with a slight slickness on the finish that makes it seem thinner. No alcohol warmth.

A decent Irish Red. While no obvious flaws, the recipe lends itself heavily towards bread character and doesn’t do much else. I’d like to see a bit more liveliness to the malt character and some additional sweetness in place of the very dry bready finish.

While this beer has been around for a while on draft, I feel that the canned version isn’t much of a departure. It’s a mediocre example of the style, but not in a bad way. It’s sometimes hard to quantify recipe tweaks, but have this side-by-side with a Hi Sign Shamus the Fiddler (which is one of the best Irish Reds I’ve ever had), and you’ll see what’s lacking. 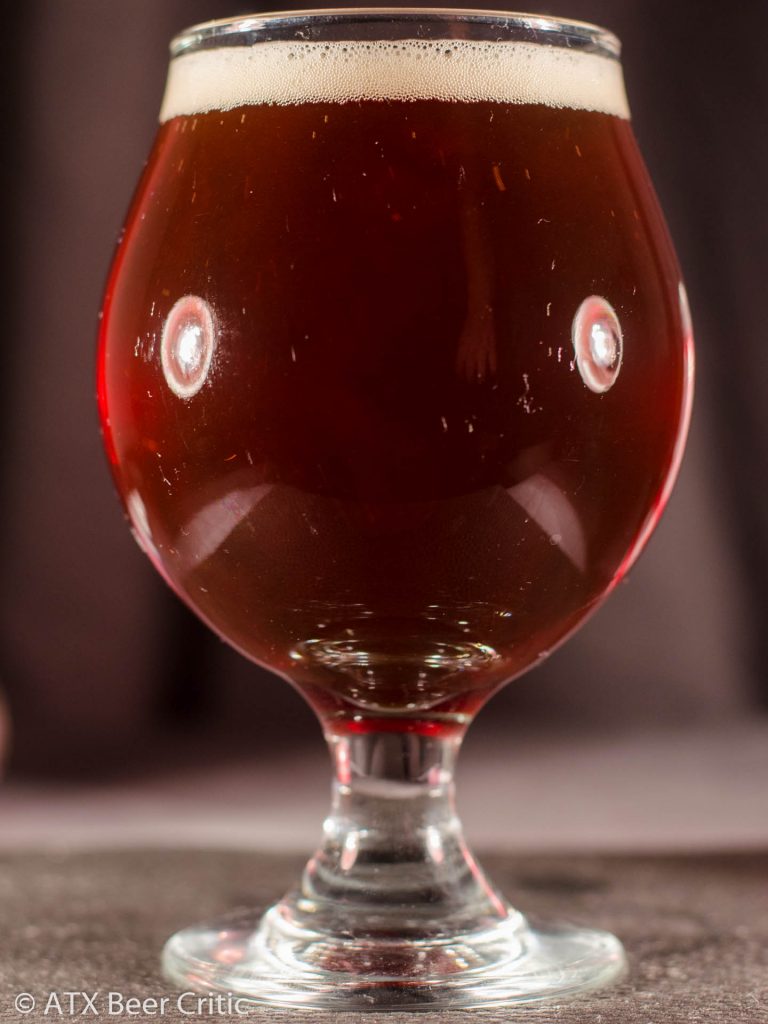 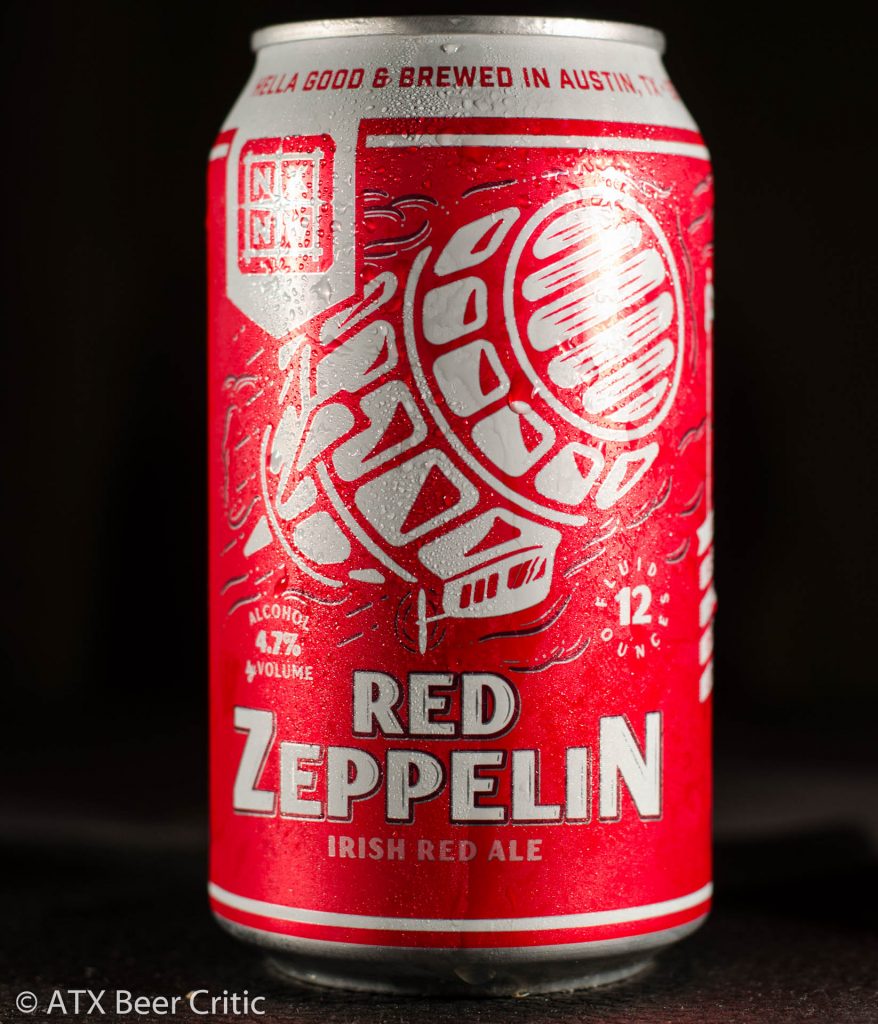 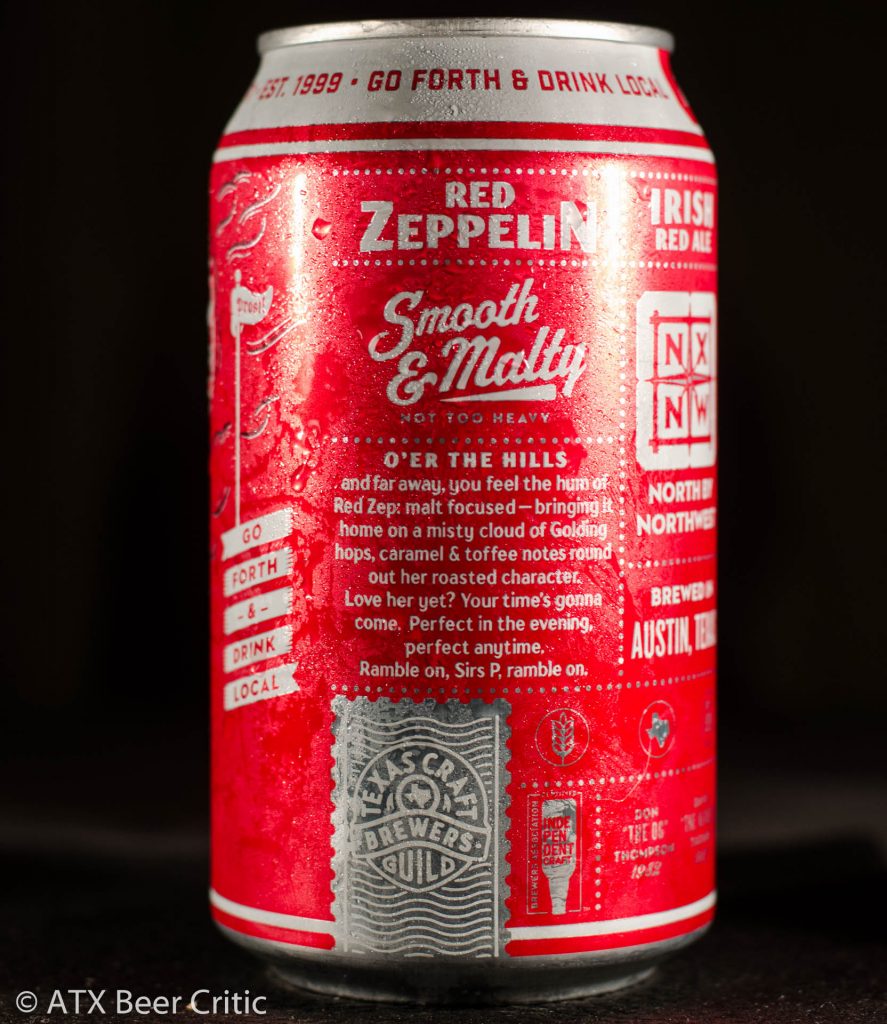