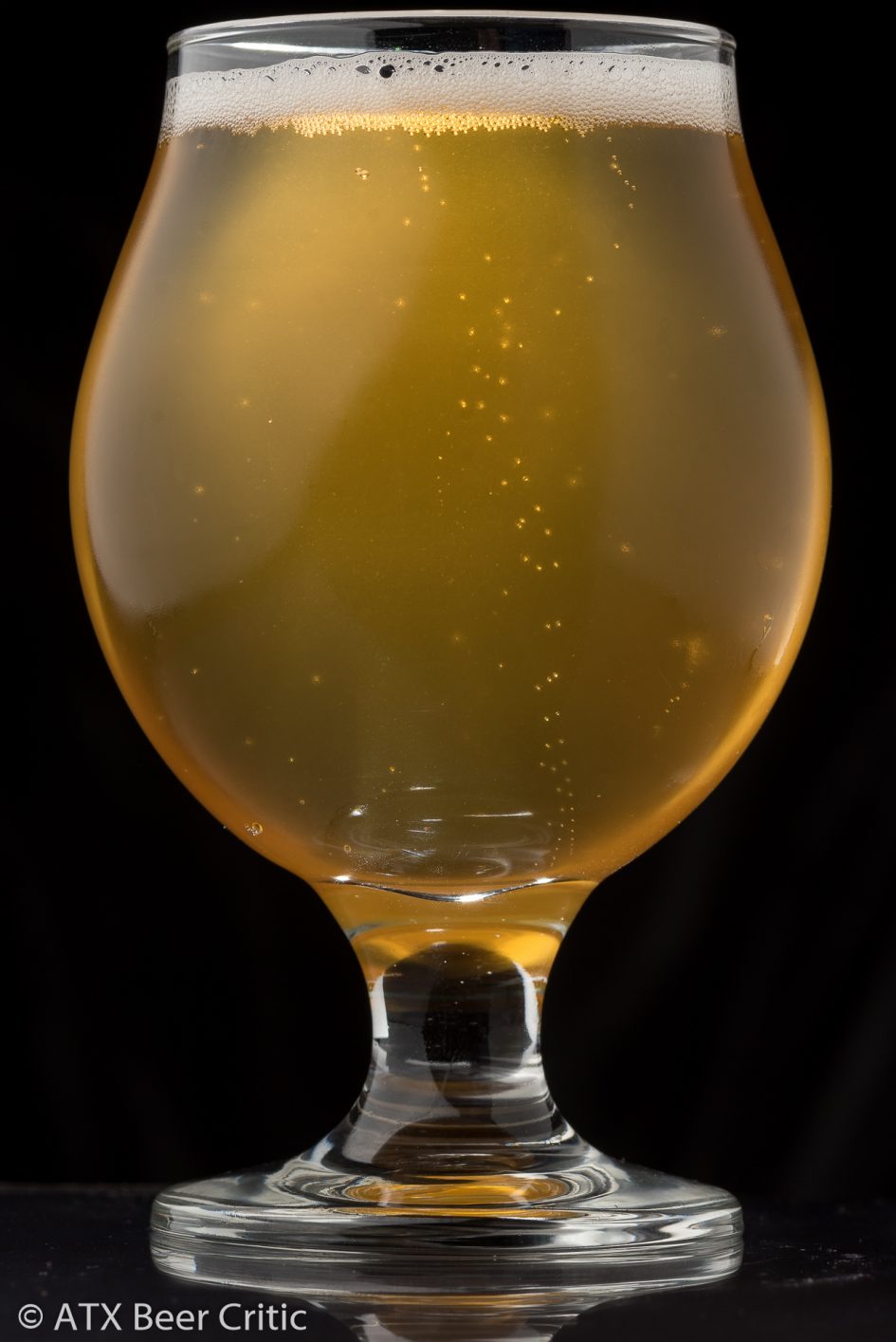 Pours with a rich, deep gold color.  Clarity is good, but a subtle haze is present.  Small and fine bubbles compose a short dense head that fades with below average retention.

Saaz-esque hops are the first thing tasted.  The herbal note met with a sweet grainy malt character.  There’s a touch of honey, but also a bread crust note and some oxidation.  A medium-high bitterness appears in the midtaste and lasts through the finish.  Some of the malt character lingers after the taste.  Balance in flavor is slightly towards the hops, and greatly towards bitterness.  Some minerality lingers on the finish.

Moderate carbonation hitting the back of the mouth.  Medium mouthfeel throughout the taste.  Somewhat sharp and crisp finish.  Very slight alcohol warmth.

A nice, easy drinking lager.  The hop character expressed is nice and inline with the style.  Great versions have a bit more intensity though.  Similarly, the malt expresses some oxidation, which limits the fresh and bright character you see in the best versions.  That lends to this representing closer to e Czech Pils.  It is nice to see the minerality though.  A lot of American-made Pils don’t have that touch.

There’s definitely no shortage of well made lagers in Austin these days.  While this doesn’t compete with the best examples, it’s easy drinking and something I wouldn’t mind having during Sportsball.  This is one of the better beers I’ve had from Friends & Allies;  Hopefully they continue in this direction.