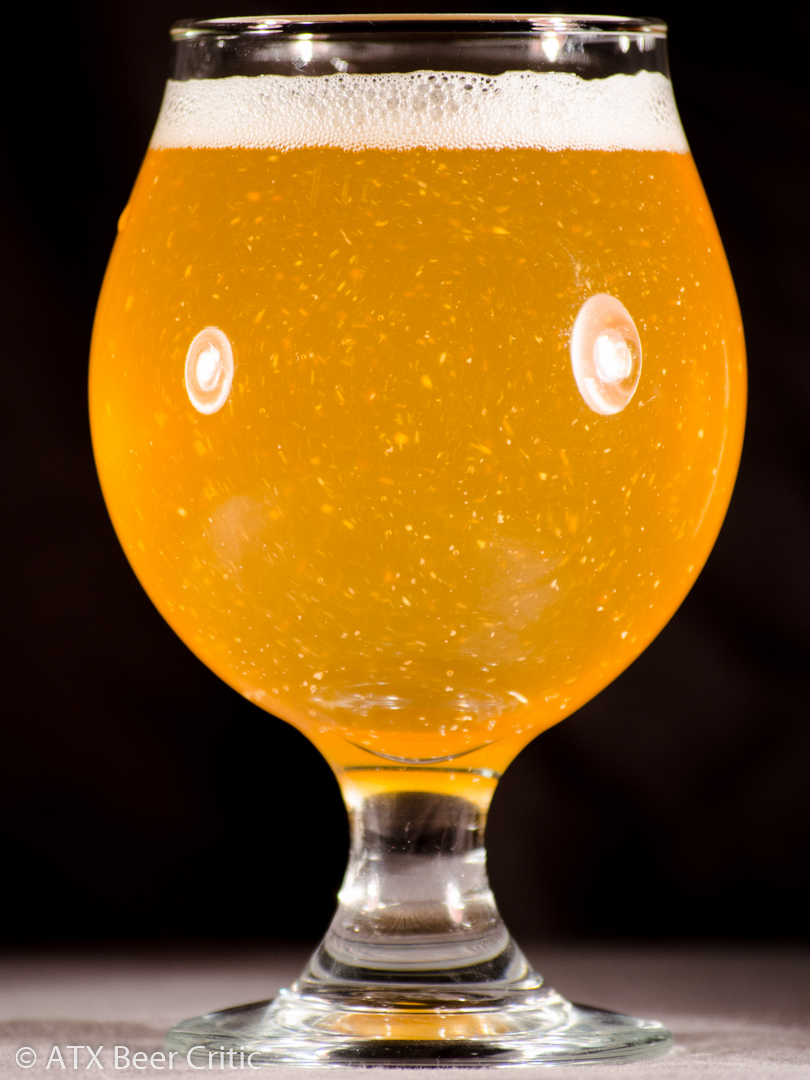 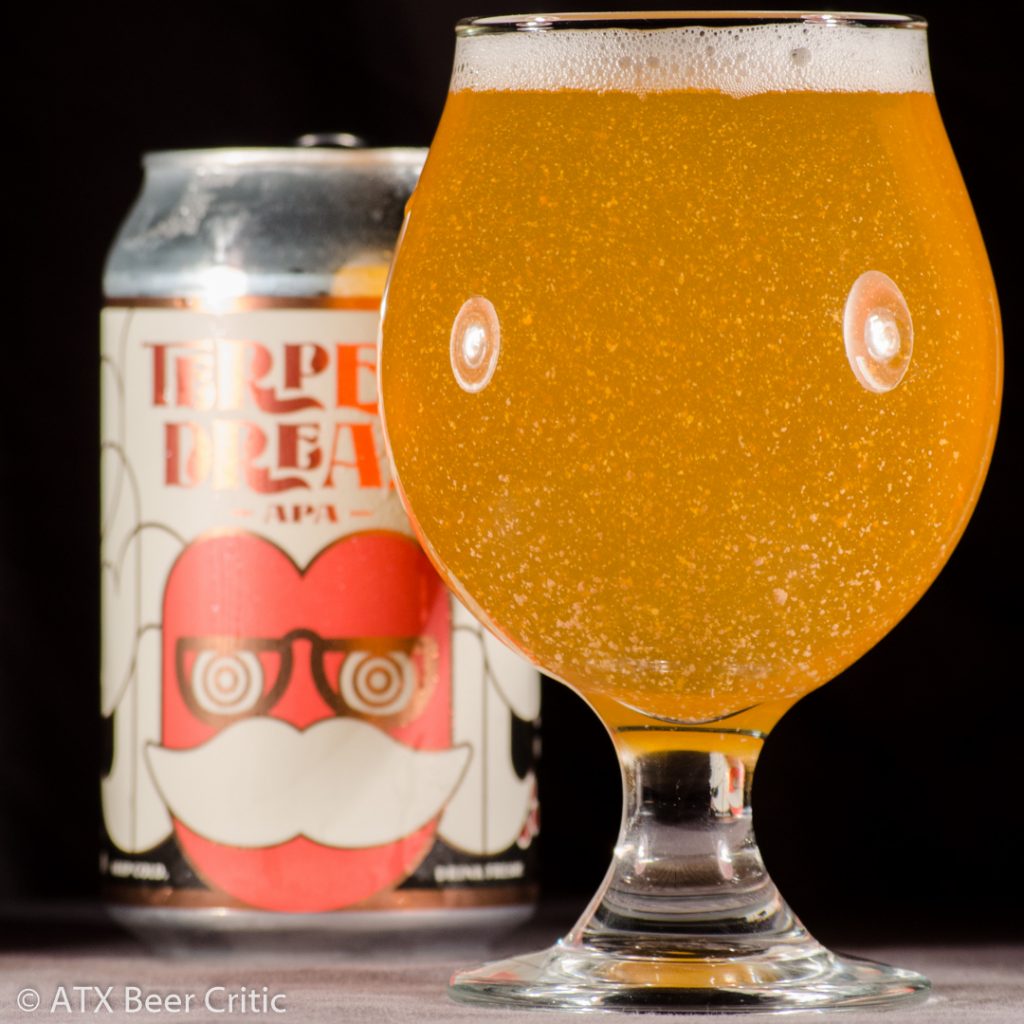 A punch of orange and citrus leads the aroma at a high intensity.  After the initial hit, a moderate note of pine blends in.  There’s  low-medium doughy, grainy malt character present as well.  Clean fermentation character with just a hint of alcohol sharpness.

The beer pours a nice deep straw, light gold with decent clarity and a moderate haze.  A two finger head is easy to create on a light pour, mostly composed of fine and small ivory bubbles.  Medium high retention with the ability to quickly rouse back a thin layer.  Some lacing.  Towards the bottom half of the can, I did experience an unusual number of floaters.  While odd, it doesn’t seem to affect the flavor or aroma (more on that at the end).

A medium-high level of citrus hits first on the flavor, mixed with a lesser piney character.  There’s nice soft grainey malt character present, with hints of cracker and bread.  It’s out of the way and lets the hop character have most of the balance.  Towards the end of the taste a soft, medium bitterness  appears, drying out the finish.  Some of the orange and tangerine character lingers in the aftertaste, and is joined by a blueberry note.  Fermentation character is again clean.

This has a nice medium body to it with some fluffy, pillowiness.  It rolls across the tongue nicely.  There is a mouth coating ability, which you might attribute to hop oils.  A moderate level of carbonation.  There really isn’t any astringency at all, which is always welcome in a highly hopped beer.  A taste leaves a slight alcohol warmth in the throat, with a slight prickly on the cheeks.

This is a really tasty APA.  It’s a more modern interpretation of the style with a more substantial mouthfeel, some haziness, and plenty of juicy citrus hop character.  The alcohol perception seemed to be a bit higher than I would like for a 5.5% beer.   Toning that down a touch would help bump this up to the outstanding level.  While it only served as a distraction and didn’t seem to affect flavor/aroma, it would be an improvement if the floaters weren’t there.  The hop blend used works really nicely, and punches a bit more in the aroma than the flavor.

Another hit from Hops & Grain’s new canned releases.  Usually, I’ll have a good amount of my glass left to drink after finishing writing a review, but in this case it’s gone.  I’m not sure if this will be part of a recurring release, but it’s one of the better hazy APA around town.  I’d definitely buy it if they released another batch.  Seeing that many floaters usually raises some initial flags, but they really only seemed to affect the appearance.  I’ve seen oxidized hoppy beers show them before too, but that’s not the case here.  H&G reached out and indicated it’s the hop polyphenols recombining and dropping out in the package.  Maybe they unbind from the haze forming proteins after some time?  No one really knows for sure yet. 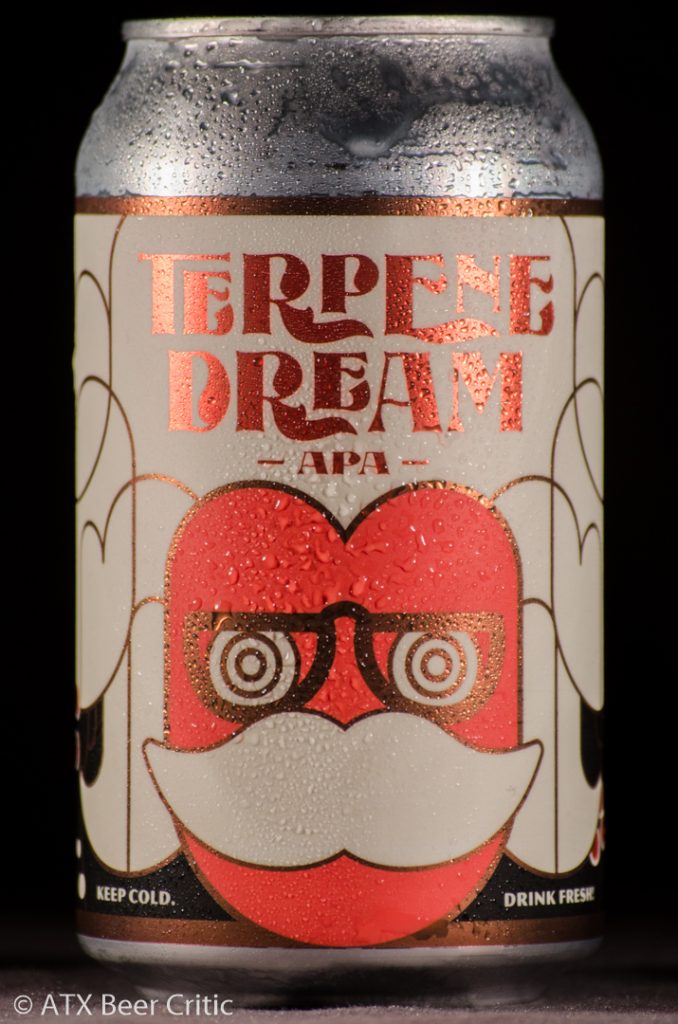 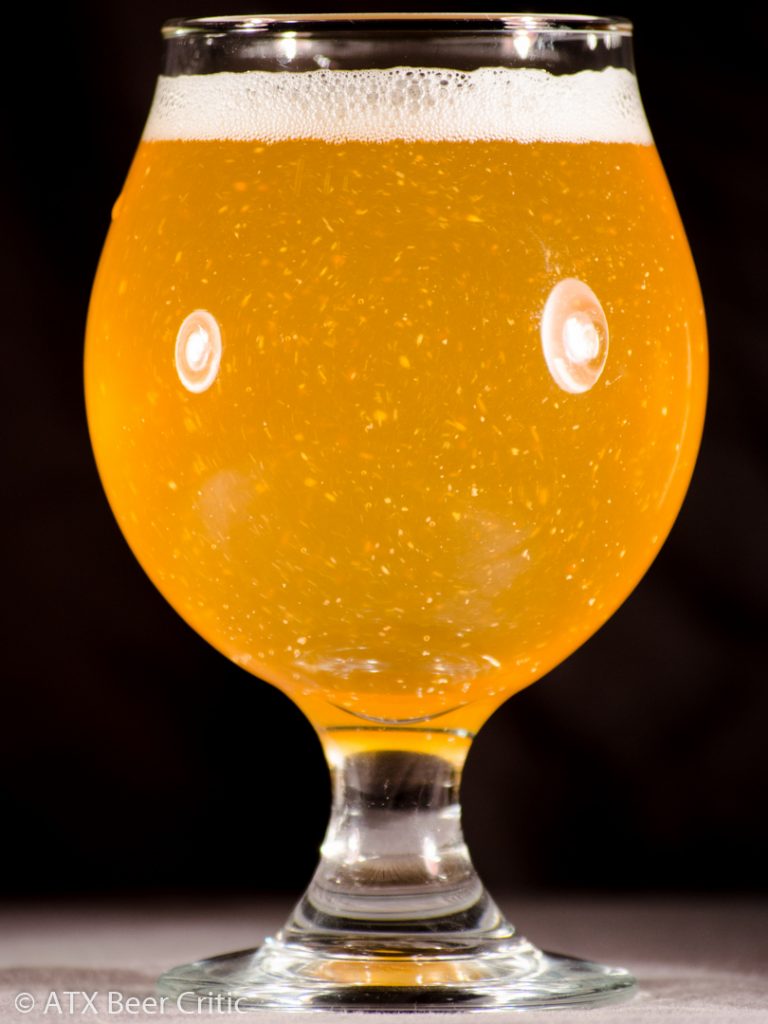