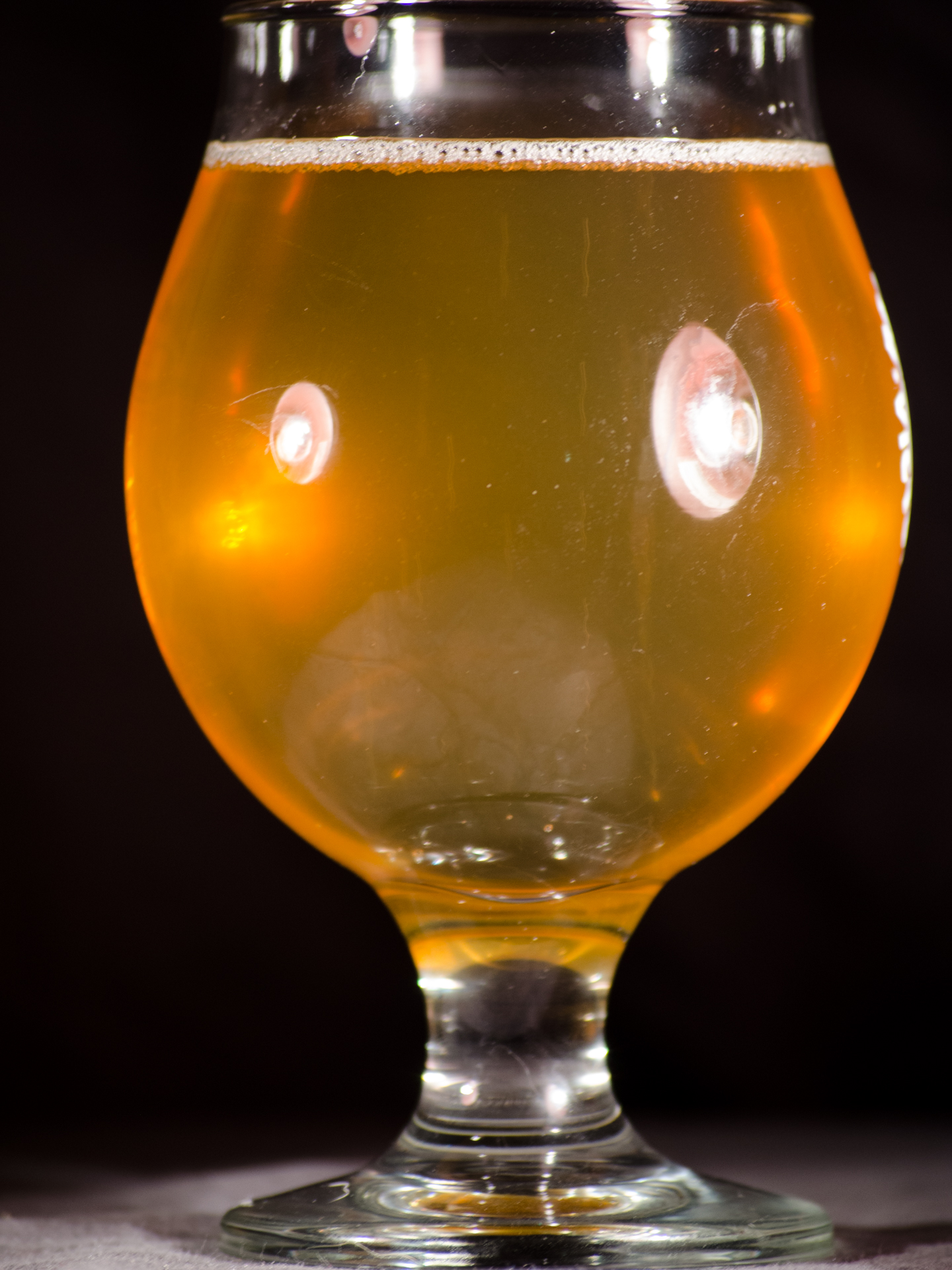 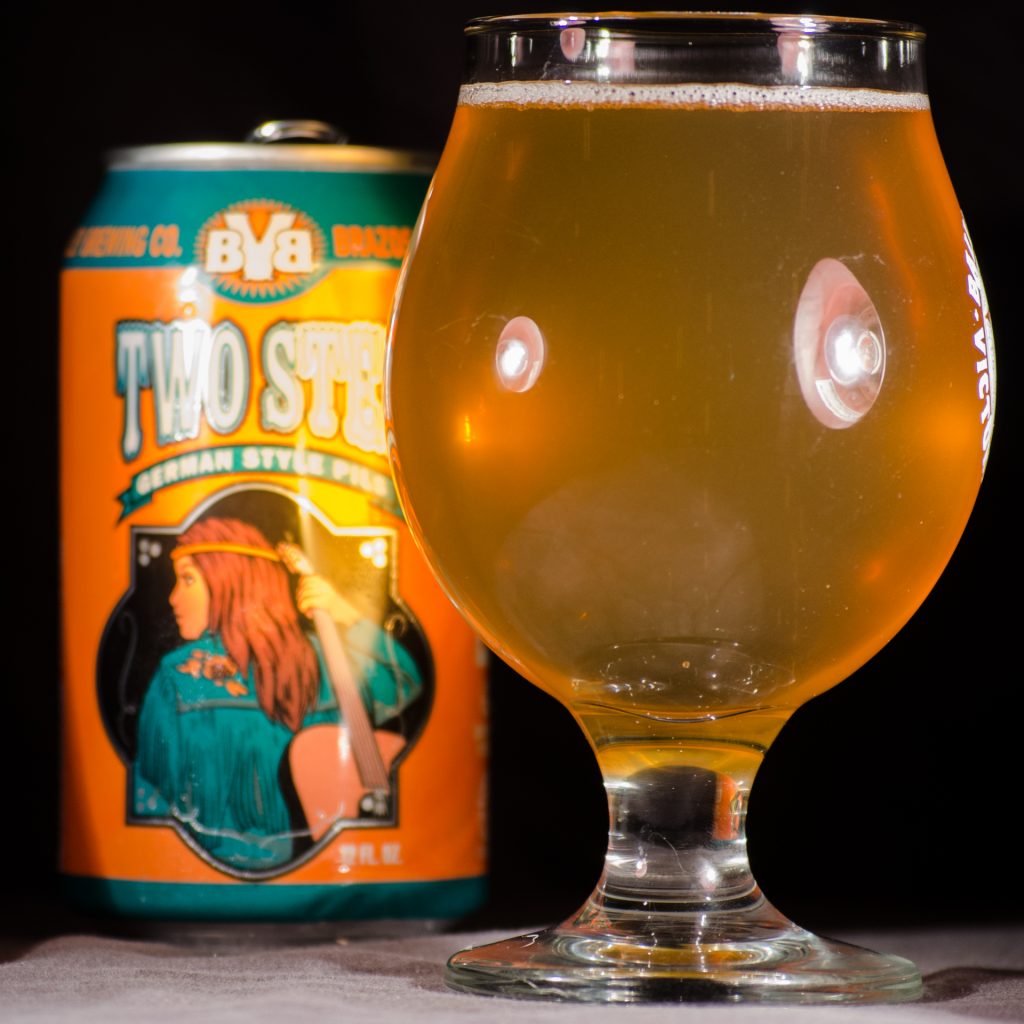 A light grain and crackery aroma hits the nose first.  This is joined by a low level of spicy and slightly floral hop character.  No noticeable alcohol or fermentation character.

Liquid pours as a light gold.  Great clarity for most of the can, with some yeast sediment toward the bottom.   White bubbles make up an average head with low-medium retention.  Fade to a ring quickly

A very slight sweetness and crackery malt character appear first.  This is joined by a mellow noble hop character.  Mostly spicy, but somewhat muted.  A medium bitterness is seen in the mid palate, with clears right at the finish.  Nothing really persists on the finish.  Balance is almost even between hop and malt character, and is toward bitterness over sweet.    Seems well lagered, but without the clean, crisp finish.   Low minerality.

A nice biting, medium high carbonation.  Medium mouthfeel that persists through the taste.  The finish leaves the tongue dry, but not overly astringent.    Doesn’t have a crisp bite on the finish as expected.

This is a good, drinkable, thirst-quenching lager.  Unfortunately, its not anything remarkable.  The hop character is muted in both the aroma and flavor.  For a German pils, you would expect it to really be the focal point of the beer.  The finish needs improvement too.  It’s lacking any minerality, and really needs a sharp, clean character, rather than the smooth uninteresting end it has.

I’ve really been impressed by most beers I’ve had from Brazos Valley.  This one just doesn’t live up to the excellent examples of German Pils you can find around the city.  It’s a clean beer, with no off flavors, but doesn’t conform to what you’d expect from the style.  If you’re looking for a pounder, this will quench your thirst, as more of an International Pale Lager, than a German Pils. 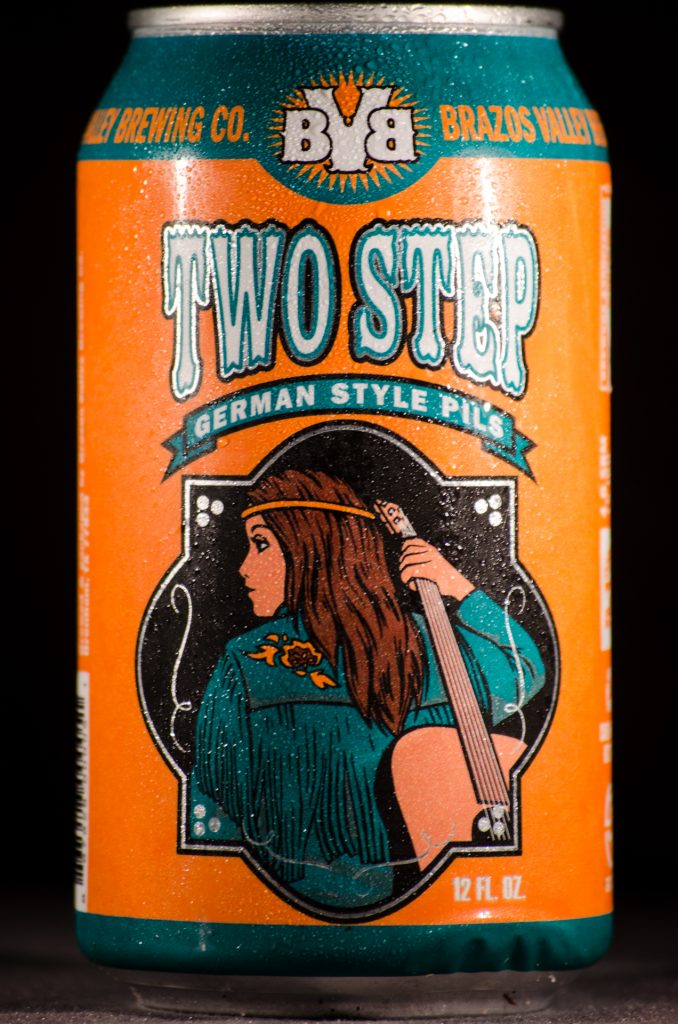 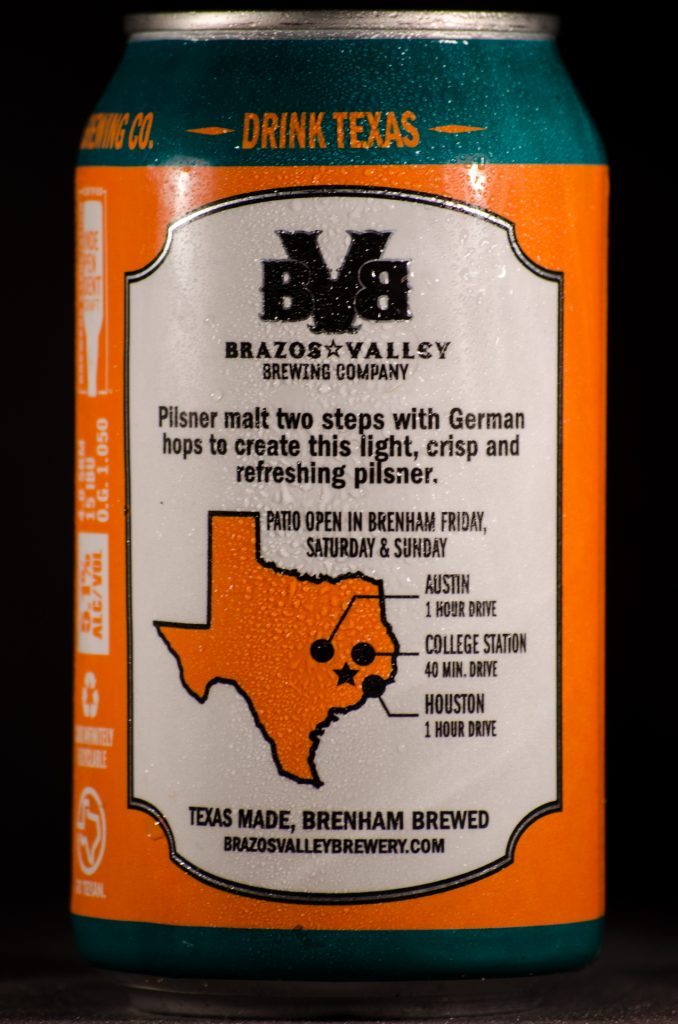