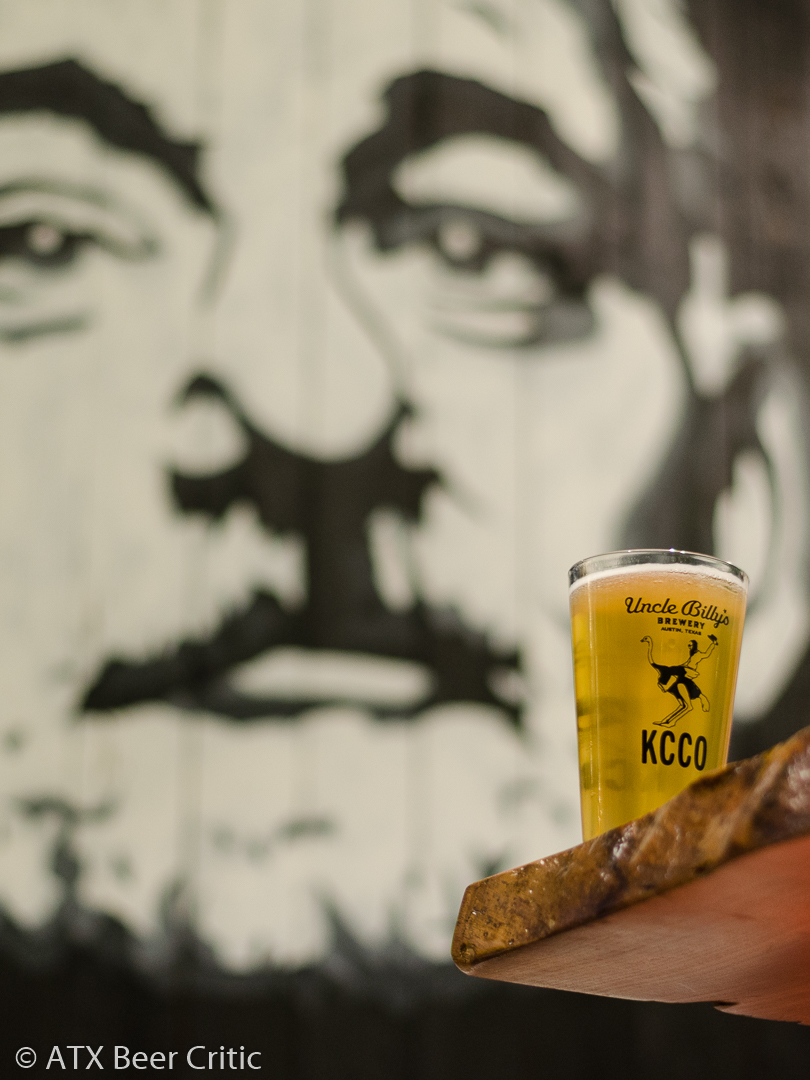 A couple Thursday’s ago, Uncle Billy’s invited me to a press release at The Chive headquarter downtown.

They announced the arrival of a new KCCO Austin-Style Lager to be brewed by Uncle Billys. If you remember, The Chive was brewing through the Chive Resignation Brewery brand making a Black Lager, Gold Lager, and White Wheat. The Craft Brew Alliance was contract brewing the beers for them. Apparently, they had enough volume to crack the top 50 beer brands by volume. I’m not sure the history on why the previous brands stopped production, but Uncle Billy’s Brewery will be producing the KCCO Austin-Style Lager locally.

Although they showed up a bit late to the party, some kegs of the lager were available to sample. The lager poured pretty clear, with only a slight haze. Maybe a hint of diacetyl was present, but pretty clean lager character otherwise. the malt profile was mostly grainy with an earthy and slightly pear-citrus hop character. Overall, it was refreshing with no major faults, exactly what they’re going for.