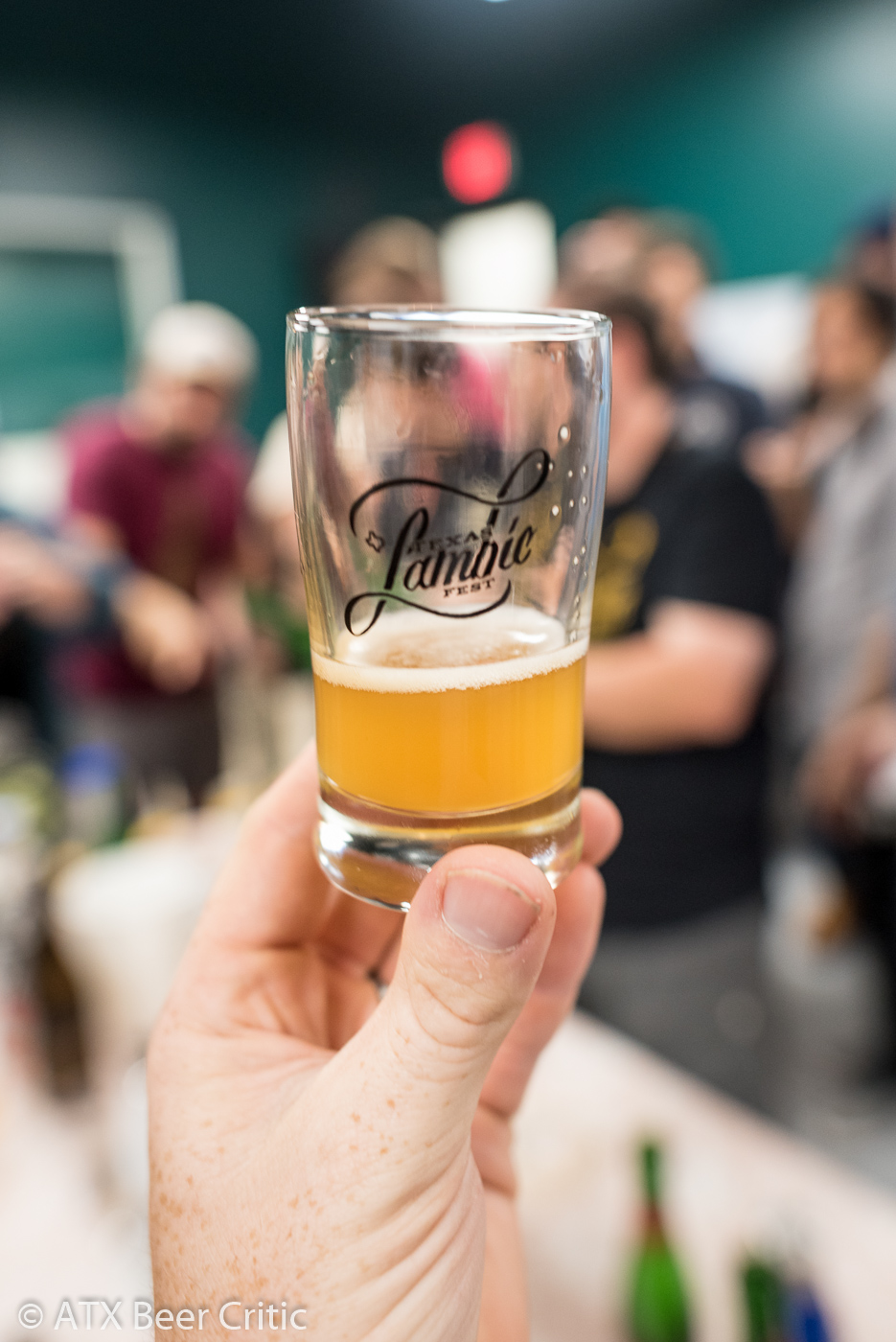 Batch Kolaches housed the new venue for Texas Lambic Fest this year. The entire establishment was closed for the event. The bar poured a few lambics and palate cleansers, while Oasis Brewing’s food was served nearby with Kolaches. The indoor space also served as a stage for the three panels of guest speakers. Outside, the backyard provided a nice area to relax, while a few vendors had items for sale. The main bottleshare was set up in the “Bughouse” of Batch’s future brewery.

While the bottleshare area was a bit smaller than previous years, the property allowed ample space to spread out and take a break from the action. Of course there was more lambic and gueze than you could ever drink, with plenty of spontaneous and wild American beers too. It always amazes me when people scoff at the $25 ticket price. Between the food, speakers, beer, and climate controlled event space, it’s one of the best bottle shares you’ll ever go to.

This year’s good bottle dregs were saved into wort flasks. John from Batch will be pitching them into a single barrel with hopes of serving it next year!