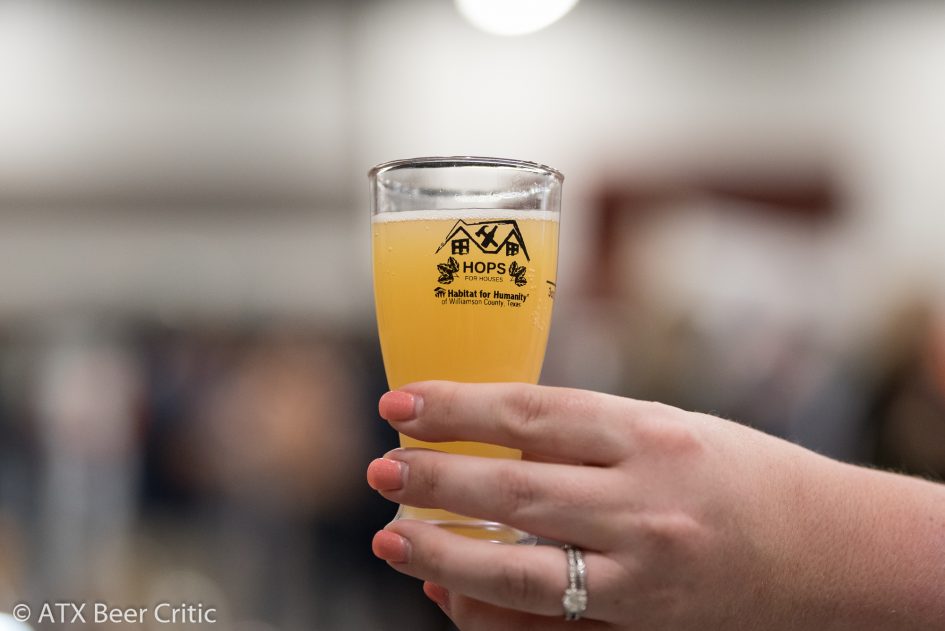 Springtime is one of the best seasons in Texas to have a beer fest, yet there aren’t many to be found. At the end of last month I attended a new beer festival: the Hops for Houses fundraiser for Habitat for Humanity. I had never visited Taylor before, much less the Williamson County Expo Center. For a first year beer festival, this one went so smoothly.

It was evident that a lot of planning was put into this fest; They definitely did their research for how to run a beer festival in Texas. The fest was indoors with more than enough space for a stage, 23 breweries, and numerous exhibitors. I arrived a few hours after the start, and didn’t notice any long lines for beer. Extra beer tickets were easy to buy, along with raffle tickets for a buffet of prizes.

It was nice to try a few breweries that I haven’t had the opportunity to visit yet. The dry-hopped brett beer from Hedgehog Brewing was outstanding. Southern Roots Brewing also had a Blonde ale that really impressed me. You don’t often see a new brewery produce a clean light beer as well as that. I also had a sneak peak of Austin Beerworks’ Sun Shovel. It’s one of the best American wheat ales I’ve had.