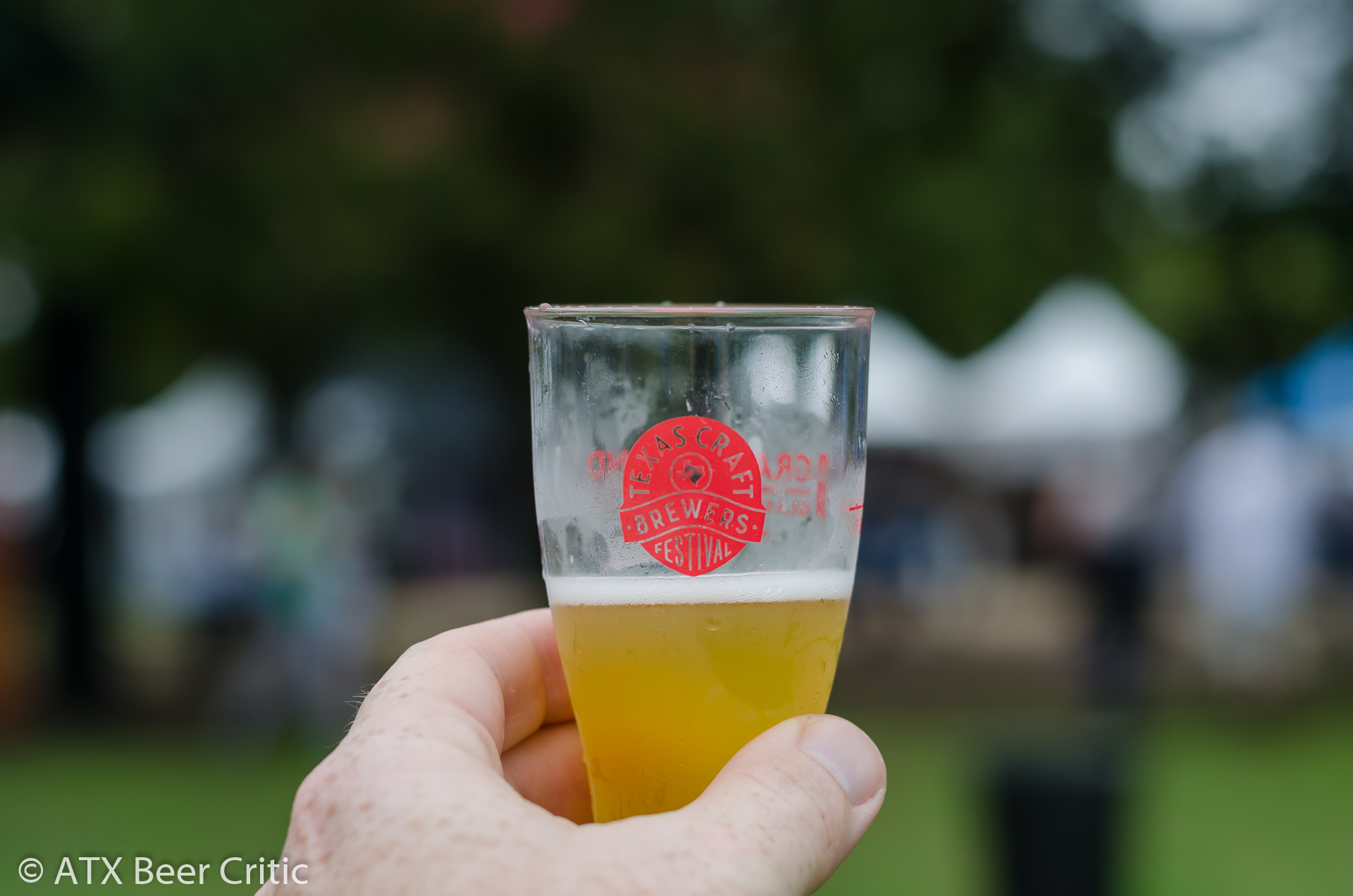 Why You Should Attend Partners in Craft

While the main festival on Saturday is a lot of fun and a great value, the heat and crowds may be too much for some people. Luckily, the smaller Partners in Craft event has neither of those things! This more intimate event takes place Friday evening, where temps will be lower. It still takes place at Fiesta Gardens, but in a smaller area to the East of the park.

Last year was my first year attending. Along with most people I spoke with, we agreed it was a great value, and less stressful experience. We were really impressed by the quality of food options available, and the unique vendors market on site. This year, Hold Out Brewing, Vista Brewing, and S. Baker Kitchen at Roughhouse Brewing will be serving food for purchase. Some acoustic music will be played by Aubrey Hays and Rock Bottom String Band.

The smaller capacity also meant beer lines were much shorter.  Speaking of which, the event is focused on small batch collaborations between Texas craft brewers and other members of the community like: coffee roasters, artisans, and farms.   The full list of beers of 35 beers can be found here:  Official Beerlist.  Here’s my selection that I’m looking forward to trying first:

Tickets for Partners in Craft are still available for $55 and include 8 pours and a commemorative cup.  You can also save $5 and bundle them with a Saturday festival ticket.  Hurry though, there is a good chance they’ll sell out any day.  You can find them at Eventbrite here.  Hope to see you there!

What: A festival put on by the Texas Craft Brewers Guild showcasing guild-member breweries throughout the state with proceeds benefiting the guild.

Watch the Forecast – Even though the we often associate the end of September in Austin as a time when weather is getting more pleasant, the festival historically is either absurdly hot and/or partially rainy.  This years forecast looks to be showing a good chance of rain.  While umbrellas aren’t allowed into the fest, you can pack a poncho.  There is a large covered pavilion on the festival grounds, but it does get crowded quickly during rain.

Plan Your Safe Transportation – Street parking around the festival is very limited and will get congested quickly.  It can be difficult for your DD to find a spot, so consider checking out bus routes, using the Lady Bird Lake trail, or using the Lyft code provided by the festival

Plan to Not Arrive Hungry – While the festival will have food vendors on site, it’s important to not arrive with an empty stomach.  You’ll undoubtedly want to start sampling immediately and it could be some time before your able to make it over to the vendors.  Samples hit harder on an empty stomach.

Plan to Arrive Early – For the GA session, a line generally starts forming at the entrance a half hour early.  Come 2pm, it can be pretty long for the first hour of the session.  This usually isn’t an issue for the VIP session.

Bring the Goods –  Your ID and printed or mobile tickets are essential.  On top of that, you’re allowed to bring in an empty, reusable metal or plastic water bottle.  These are handy to refill from the water tanks around the fest to stay hydrated and rinse your cup.  Cash for food, merchandise, or beer tickets is useful as well.

Try New Beer Styles – This is a perfect opportunity to try a few styles of beer outside of your normal comfort zone.  Don’t be afraid to use up your 8, 3oz pour tickets quickly.  TABC limits the single sale transactions in festivals to 24oz, so you’ll be able to buy more tickets, 8 at a time for $5.

Check Out New Breweries – There were a good number of first time breweries last year, and even more this year.  Hopsquad Brewing Company, Ingenious Brewing Company, and SpindleTap Brewery are just a few new one’s you’ll see this year.  Use this as your opportunity to see if you like the brews from an out-of-town brewery before you make the trip there.  You can see the full list of Breweries attending here.

Watch out for Lines – Some of the more popular breweries will have consistently longer lines than others.  If you don’t have a beer there which you’re dying to try, move on to a shorter line.  You’ll also see lines forming for that rotating tap lists.  If you’re wanting to try one of these, go ahead and set your phone alarm 10 min ahead of time, so that you can get queued up before the line is unbearable.

Don’t like it?  Don’t finish it – Each tent will have dump buckets nearby.  If you try a beer and find it unenjoyable, don’t feel obligated to finish it.  Just be respectful when pouring it out, as some of the brewers will be by their tents, and that is their craft you’re dumping.  While not everyone loves every style of beer or execution, it’s always nice to be polite.

Take a Moment to Listen to Music – This year’s fest will be headlined by Sweet Crude. They’re traveling in from New Orleans, and have a pretty unique sound. Local Austin brass band Meow Now will also be belting out tunes. Filling in the cracks, you’ll find DJ GrossYall spinning his tables. You may recognize him from hosting The Austin Beer Guide awards party.

This year’s festival will have 214 different beers to sample.  While most of them are available at the start, 27 will be Special Rotating Taps, with new ones every 30 min.  Breweries are sorted alphabetically for the most part, along the perimeter of the park.  Most will have signs on the tent with what’s available, with a few maps sprinkled around the grounds.  While most of the servers will be volunteers, don’t hesitate to ask questions about the beers.  Brewery representatives are usually near by each booth (early on) to answer.

The Official Beer List is located on the event website.  In the list below, I’ve sorted the beers into broad categories to help if you’re looking to try all of a certain style.  I’ve marked a few of the beers that I’m looking forward to trying in green.

I like to make a quick list on a note card of beers that I consider must-tries.  While I don’t always end up hitting all of them, it does help to reference during the fest.  Be okay with knowing you won’t try them all.

If you’re thinking of leaving the festival early, or it’s just closed and you’re still kicking, consider checking out the Official After Party at Craft Pride.  They’ve got some unique beers on from festival brewers, and plenty of music.  Check out the Facebook Event page for more.

Protip:  If you’re hungry, call Via 313 on your way over and place an order.  They’re sure to have a long wait time.